Ellen DeGeneres is an American comedian, actress, writer, producer and television host of the “Ellen Degeneres” talk show with earnings of $75 million in 2016. 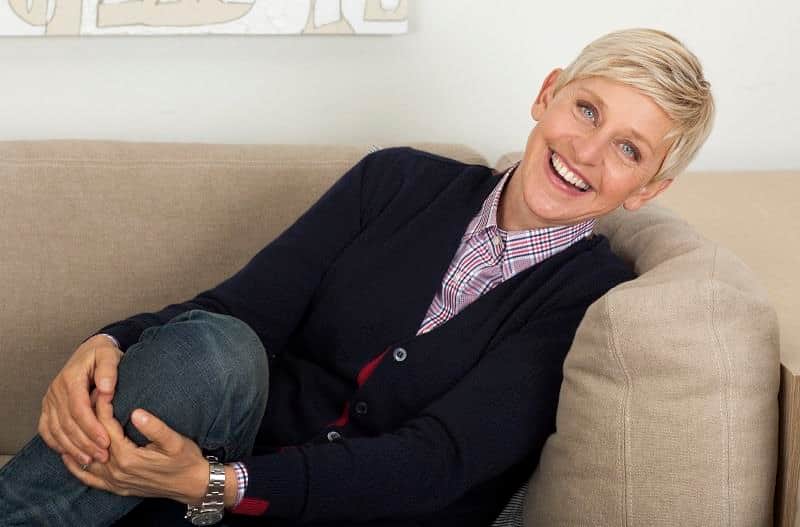 Her stand-up career started in 1980’s with her comedy national tour. She has starred in various movies and television shows. Her biggest career breakthrough was the success and popularity of the sitcom “Ellen” (used to be “These Friends of Mine”) consisting of 109 episodes. After the sitcom was cancelled in 1989, she started her own talk show “The Ellen DeGeneres Show” in September 2003 till present. With her upbeat and down-to-earth humor, Ellen DeGeneres has led her show to the most-watched daytime talk show, with 3.6 million people watching per day. The show was nominated for 11 Daytime Emmy Awards in the first season and won 4, including Best Talk Show Award. After its first three seasons on air, the show won a total of 25 Emmy Awards.

Ellen DeGeneres’ earnings for 2016 are mostly from her daytime TV talk show and her voice as Dory in “Finding Dory”. She is also the spokesperson for the Cover Girl cosmetics. To keep up with the app and technology age, Ellen DeGeneres also released her own mobile app called “Heads Up!” It is a game to name celebrities based on the clues of your friends to read the words on the card you are holding on your head. You’ll have to act with silly accents, to sing to give clues so the person holding the card can guess who the celebrity is. The paid game has been downloaded 25.5 million times and ranked at 4.5 stars on iTunes app store.