Every year, USO (United Service Organizations) teams up with troops of celebrities to produce concerts, comedy shows, meet-and-greets, Q&A and other interactive events to cheer up our service members and their families who are away from home, especially during the holidays. The effort is to boost our military’s morale and holiday spirits and for them to know that we greatly appreciate their services. The USO’s tradition of supporting service members stretches back to our beginnings in 1941. 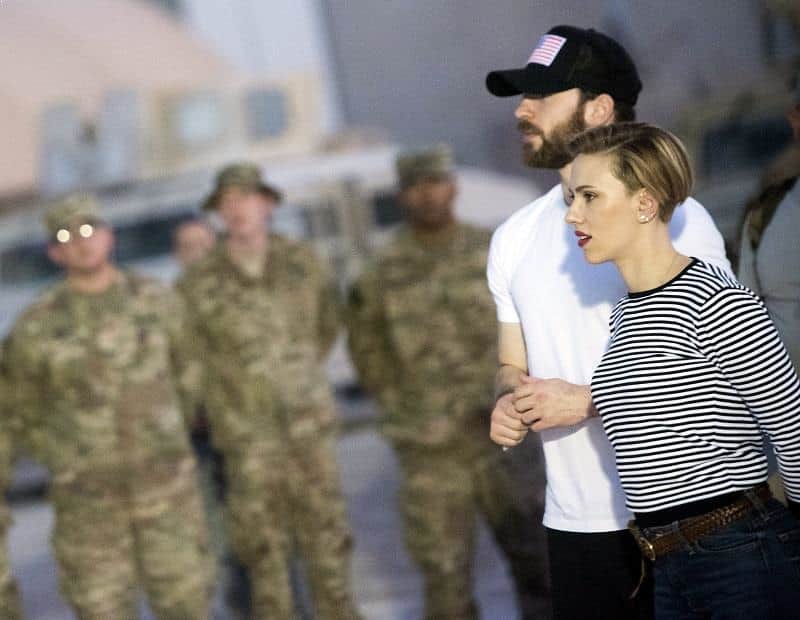 Scarlett Johansson and Chris Evans observe a demonstration from service members during a troop engagement at Al-Udeid Air Base, Qatar, Dec. 6, 2016. Photo Source: Chairman of the Joint Chiefs of Staff, licensed under CC BY 2.0

This is the second time actress Scarlett Johansson joined the USO holiday tour. She felt a special connection with our service men and women even though they are complete strangers. Just to hear their stories, she could feel their yearning to be home with their loved ones. Johansson expressed her gratitude, she said: “It’s a real gift to be able to come here and meet all of you and just let you guys know that we really appreciate what you do. I know a lot of you are obviously far from home, far away from your families, and we love you and we appreciate you.” 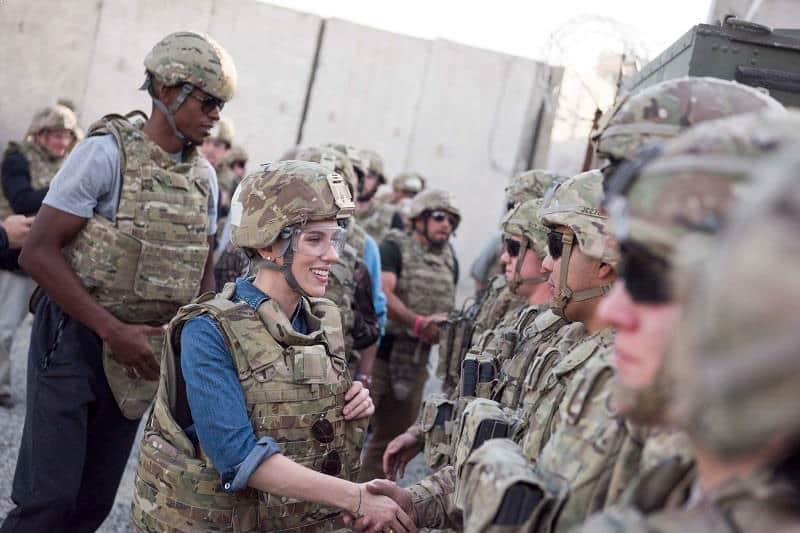 Scarlett Johansson at Forward Operation Base Gamberi, Afghanistan, December 7th, 2016. Photo Source: Chairman of the Joint Chiefs of Staff, licensed under CC BY 2.0

Scarlett Johansson ran out to stage and was greeted by servicemen and servicewomen currently stationed in Turkey, Qatar and Afghanistan. When Johansson was on stage, someone asked her if she was a natural redhead, she jokingly replied back: “I had a really naughty answer to that, but this is clearly the wrong crowd for that.” 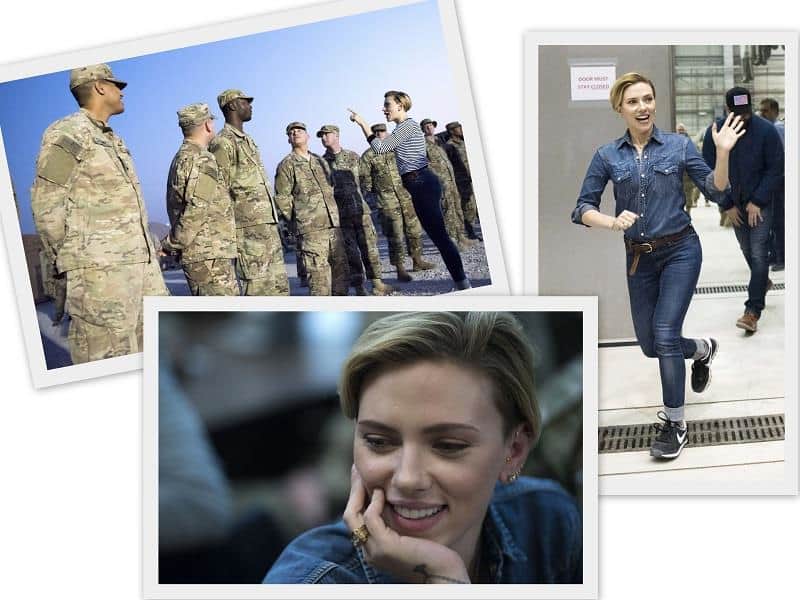 Pictures of actress Scarlett Johansson during 2016 USO Holiday Tour to bring holiday cheers to the troops. Photo Source Chairman of the Joint Chiefs of Staff, licensed under CC BY 2.0

Photo Source Chairman of the Joint Chiefs of Staff, licensed under CC BY 2.0

This year was Evans’ first time to join the USO holiday tour. He felt incredibly grateful for the men and women who sacrifice their time, their life and serve our country. Evans hosted a 20-minute Q&A talk with the troops. He told them that “I play a soldier, but I've never actually spent real time with people who are stationed far from their homes to understand the sacrifices made. So for me, not only is it fulfilling as an actor, but as a man it really is a wonderful thing.” 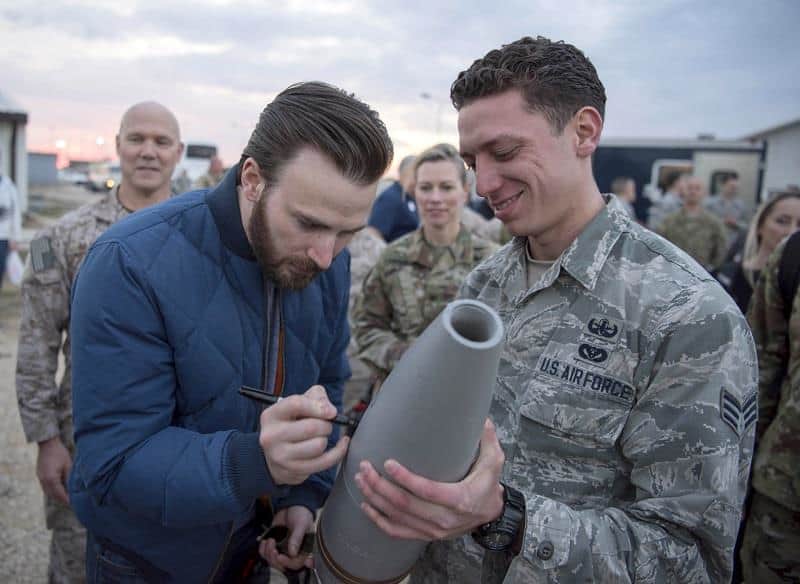 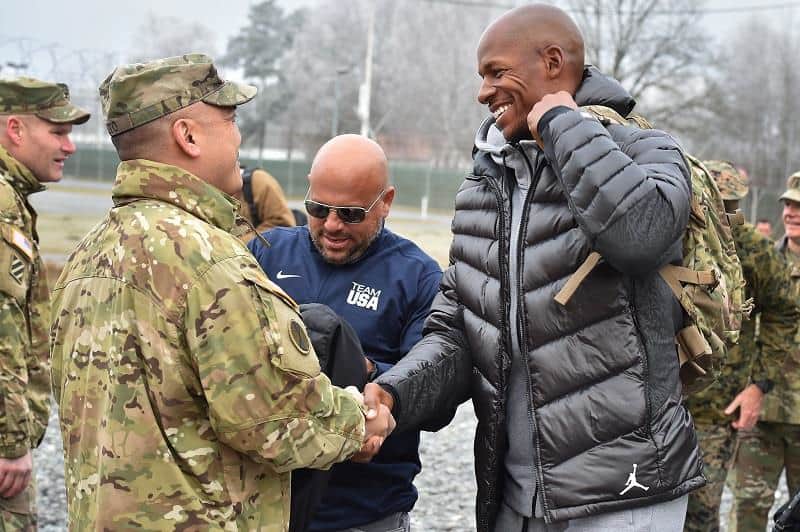 The American swimmer and 4-time Olympic Maya DiRado humbly expressed her gratitude to the servicemen and women and their families: “This year has been a real whirlwind experience, from the 2016 Olympic Games in Rio to being invited by the Chairman of the Joint Chiefs of Staff to visit troops and their families around the world on this year's USO holiday tour. It's hard to think that anything could really top these last few months but just being here and getting the opportunity to hear about all the important work our servicemen and women do, to listen to their stories and to see their sacrifice up close is truly life-changing. I've learned a great deal and can't thank everyone enough for having me.” 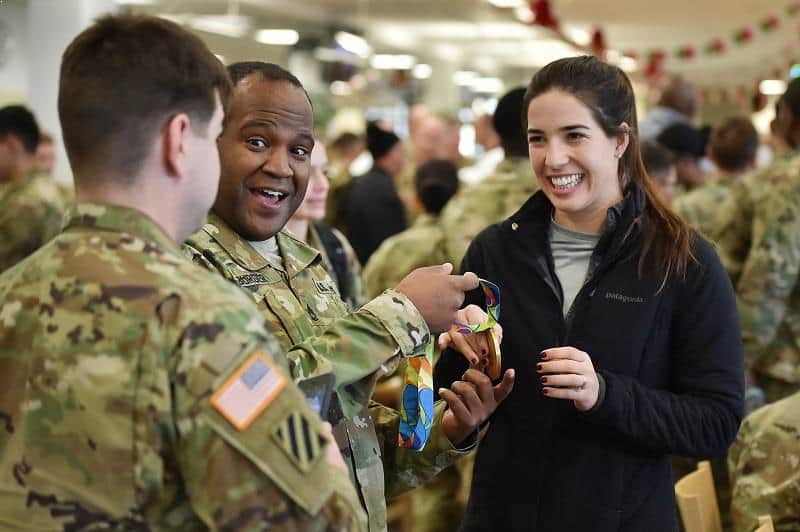 For Craig Campbell, this is his second time joining USO Holiday Tour. The singer explained the reason for his returning to the USO tour: “The idea that some of our military isn’t going to be with their families over Christmas, it saddens me. So for me to be able to go to where they are and bring a little home to them is very important to me. I love doing it and am honored to do it.” 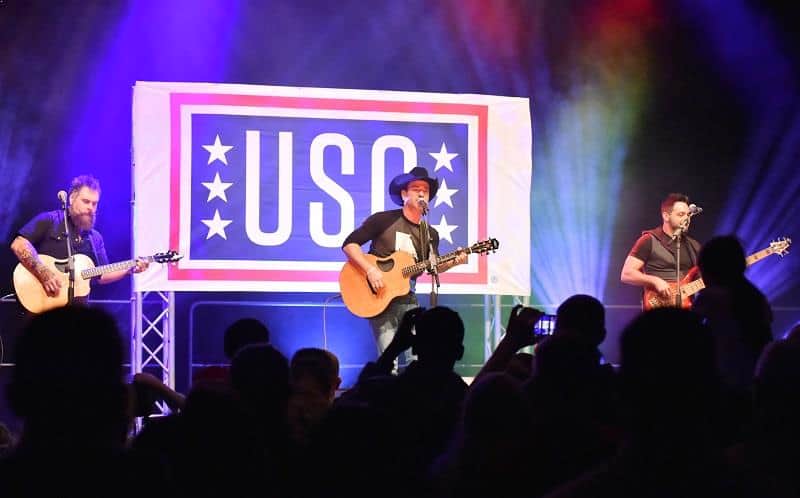 Although this was Karol’s first USO tour but locally he has been supporting USO local chapters like the USO of Metropolitan Washington-Baltimore. He shared his appreciation to the troops:”I so grateful to have been invited by General Dunford to travel on this year's trip and visit troops and military families all over the world this holiday.” 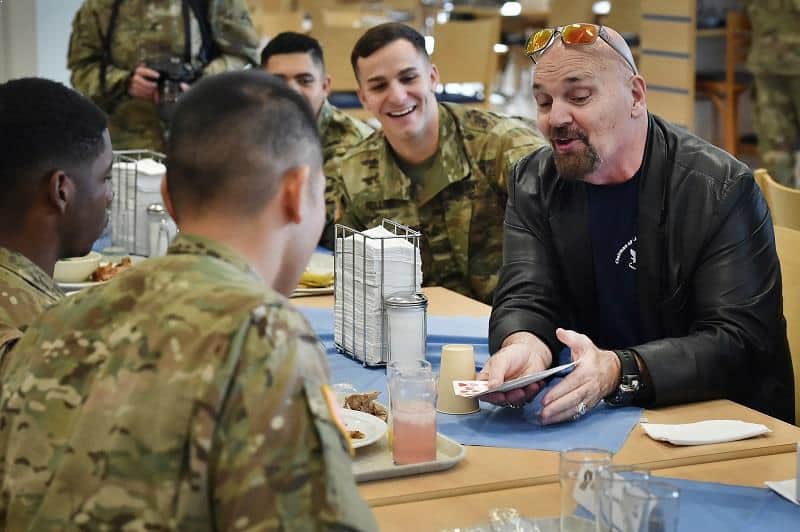