The 37 year-old stand-up comedian Kevin Hart climbed from the 95th spot last year to the top 3rd in the top earning, highest-paid and richest celebrities this year with $87.5 million. He even took the rein as top earning comedian from Jerry Seinfeld. 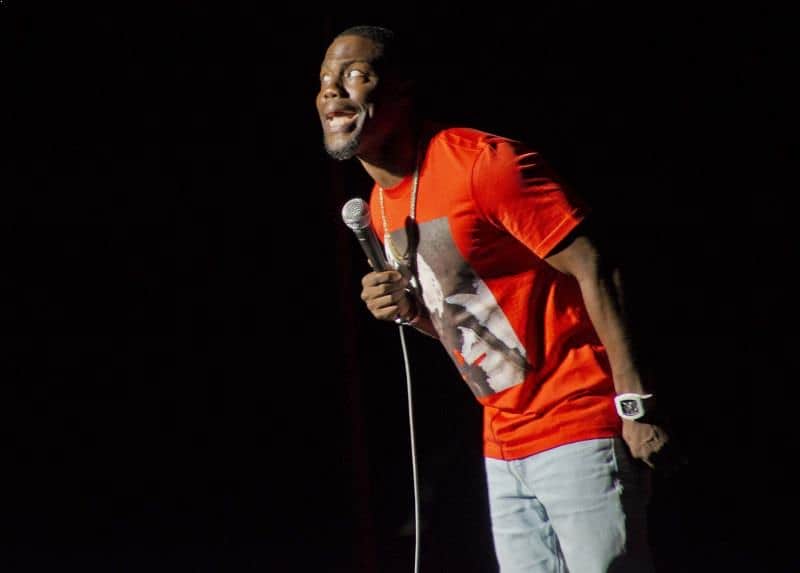 Kevin Hart was born on July 6, 1979 in Philadelphia, Pennsylvania.

His stand-up comedian hit many bumps on the road and got many boos on the stage. It was a slow start and struggle for him. After many failures, he didn’t give up. He finally found his own comedy style by digging into his own insecurities and life experiences as the sources and inspirations for his jokes.

Kevin Hart wanted to make the comedy business big, like stadium-sized big! His shows play at stadiums and arenas. In 2016 alone, he has done more than 100 shows and managed to fill up every seat at the stadiums and arenas where his shows were at. Each show he pocketed an average of more than million.

To keep up with the technology app age, Kevin Hart also has his own game called “Little Jumpman”. On iTunes store, his app is ranked at the top 50 worldwide paid app and the top 40th in the Games category.

Kevin Hart--the first comedian to ever make more than Jerry Seinfeld--has changed the economy of the funny business by touring like a rockstar. Unlike most comedians, Hart plays stadiums and arenas--over 100 in the past year--and manages to fill them up, grossing an average of over million at each stop.

His top earning this year is also from his movie roles in “Central Intelligence” as Calvin Joyner, a retired unsuccessful athlete-turn-accountant, as the voice of the villain rabbit Snowball in “Secret Life of Pets”. Hart also shot commercials for Hyundai, Foot Locker and H&M.