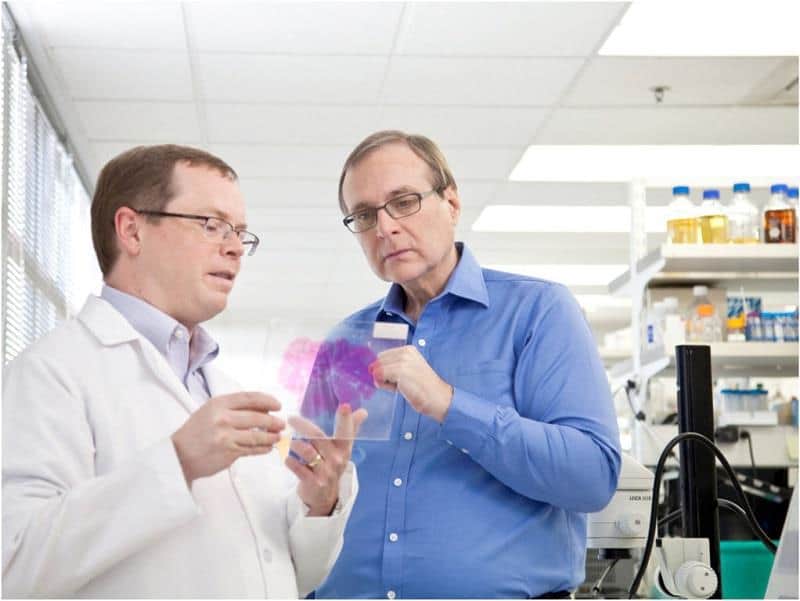 Paul Gardner Allen (born January 21, 1953) is an American business magnate, investor and philanthropist. He and Bill Gates co-founded Microsoft. As of August 2016, he was estimated to be the 40th richest person in the world, with an estimated wealth of USD 18.6 billion.

The Paul G. Allen Family Foundation was established to administer a portion of Allen's philanthropic contributions. Since its formation in 1988, there have been as many as 1,500 non-profit organizations receiving substantial funds from the foundation (more than $494 million).

The Allen Institute for Brain Science was founded in September 2003 with a USD 100 million contribution dedicated to understanding how the human brain works.

The Allen Institute for Artificial Intelligence (AI2) was founded in 2014. Its main focus is to research and engineer artificial intelligence.

In December 2014, Allen committed USD 100 million to create the Allen Institute for Cell Science in Seattle. The institute is investigating and creating a virtual model of cells in the hope of bringing forth treatment of different diseases.

In 2014, Paul Allen pledged at least USD 100 million toward the fight to end the Ebola virus epidemic in West Africa, making him the largest private donor in the Ebola crisis.

The Paul G. Allen Frontiers Group, founded in 2016 with USD 100 million commitment from Allen, aims to discover and support ideas at the frontier of bioscience in an effort accelerate the pace of discovery.

In 2015, he gave away USD 160 million to charity. Paul Allen has given more than USD 2 billion towards the advancement of science, technology, education, wildlife conservation, the arts and community services in his lifetime.

In his pledge letter, he wrote:” I believe that those fortunate to achieve great wealth should put it to work for the good of humanity.” He supports the “power of new ideas”. He believes “When smart people work together with vision and determination, there is little we can’t accomplish.”