The mega-superstar song writer and performer Taylor Swift has topped of the chart of the richest, highest earning celebrity in the world  with a 70 million in earnings in 2016, mainly earned from her world tours and endorsement deals. 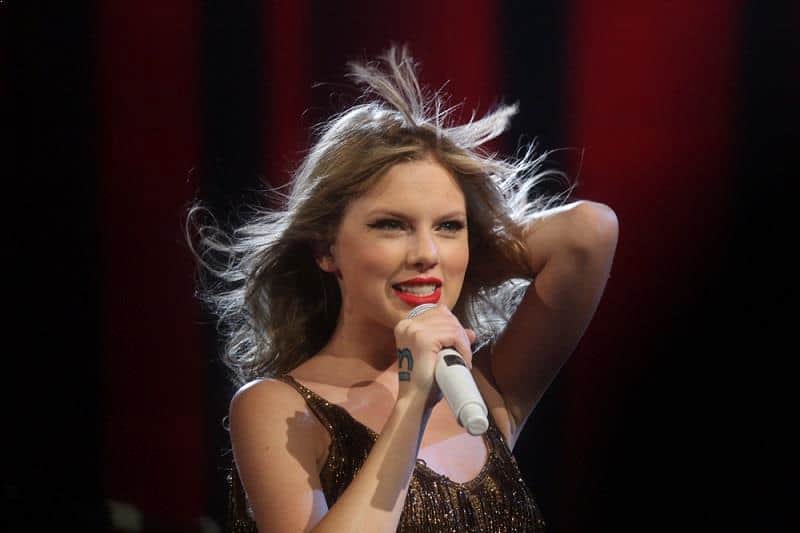 Taylor Swift was born on December 13th, 1989 in Reading, Pennsylvania.

Her interest in music started when she was only 9 years old.

On April 5th, 2002, Taylor Swift got her first pubic performance, singing the National Anthem prior to the basketball game between Detroit Pistons against the Philadelphia 76ers.

Taylor Swift wrote her first song “Lucky You” at the age of 12.

Her first album “Taylor Swift” was released on October 24th, 2006 when she was only 16 year old. The album has brought her instant success and put her name on the top Billboard chart and multiple musical awards: the Nashville Songwriters Association's Songwriter/Artist of the Year in 2007 (she was the youngest person to be honored with the title); the Country Music Association's Horizon Award for Best New Artist, the Academy of Country Music Awards' Top New Female Vocalist, the American Music Awards' Favorite Country Female Artist and she even nominated for the Best New Artist at the 2008 Grammy Awards.

Her musical career has been taken off from a great start and continued flourishing over the years with the releases of “Fearless”, “Speak Now” and “Red” albums. All of these albums have been bringing in major hits, success and incomes for Taylor Swift.

In 2015, from the 8th spot in the ranking of the top earning richest celebrities, Taylor Swift has top the chart this year, more than double her income from the smashing success of her 1989 World Tour and her brand endorsements with Diet Coke, Keds and Apple.