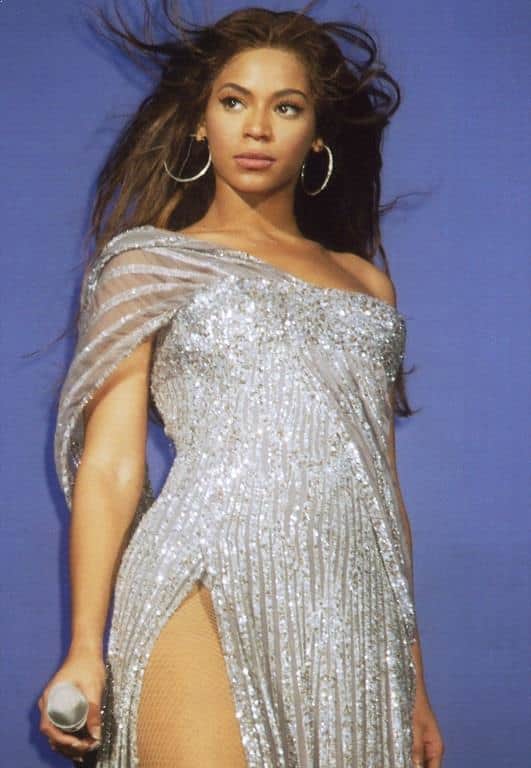 Photo of Beyoncé performing "Listen" from the motion picture Dreamgirls during The Beyoncé Experience tour. She received a Golden Globe nomination for her performance as Deena Jones in the film. Photo by Jen Keys  - Own work, Public Domain

It was Beyonce and her signature dance that led to another word to add to our vocabulary – “bootylicious”. It’s officially in the Oxford English Dictionary as an adjective for “sexually attractive, especially with curvaceous buttocks”. Though Beyonce was embarrassed to be the author or creator of such a word full of sexual innuendo being added to the dictionary, but it has set the signature performance style for her going solo later. The song was the 2nd hit from Destiny Child’s album “Survivor” which earned the group a Grammy Award for Best R&B Performance by a Duo or Group with Vocals. It was on the Billboard Hot 100 for nineteen consecutive weeks since June 1st, 2001.

Beyonce had her own definition for “bootylicious”, she added: "I don't know what it says (officially) in the dictionary, but my definition (of bootylicious) is beautiful, bountiful and bounce-able." Bounce-able like jelly, as in Destiny Child’s single hit “Bootylicious”:

I don't think you ready for this jelly

I don't think you ready for this

Cause my body too bootylicious for ya babe

With her curvaceous body, Beyonce knew how to use it on stage, choreographed cleverly in her dance moves to command attentions from her fans. In September 2010, Beyoncé made her runway modelling debut at Tom Ford's Spring/Summer 2011 fashion show. She was on the top list of many magazines for the "Hottest Female Singer of All Time" (by Complex), "World's Most Beautiful Woman" (by People) in 2012, GQ featured her on the top list of its "100 Sexiest Women of the 21st Century". This year is no exception for her and her long-standing rein as the Queen of Bootylicious style. Beyonce continues to stay on top of the list for the most beautiful celebrities in 2016.