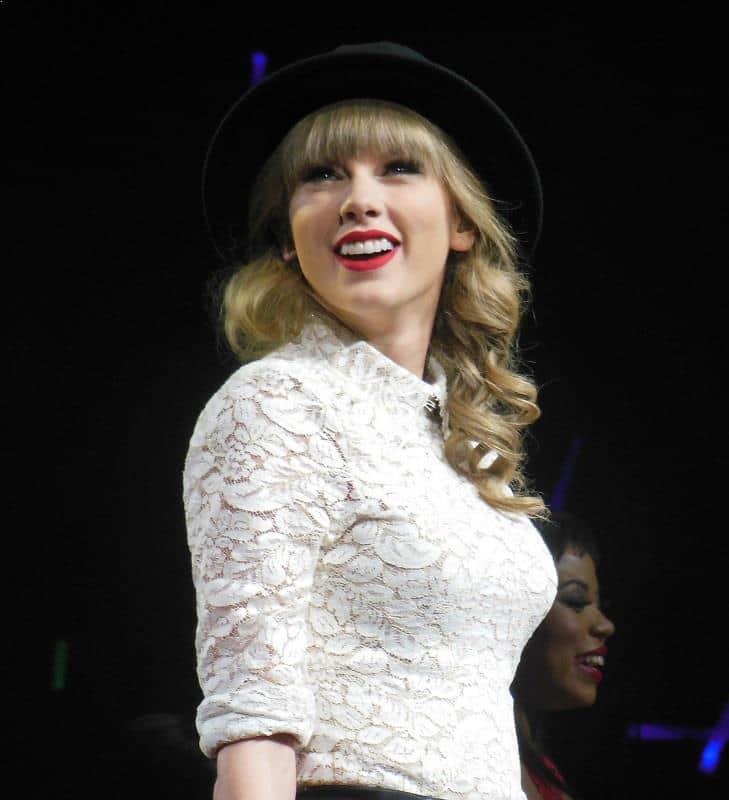 On our top 20 most beautiful celebrities in the world, Taylor Swift took a solid spot on the list. 2016 has been a great year for Taylor Swift, not only she’s on top of the gorgeous women but also the richest, top earning, highest paid entertainer in the world with an impressive 70 million in earnings from her tours and endorsements.

Her look is as beautiful as her music. Her song lyrics speak from her heart. She grew up in the public eyes and every relationship; she bares and tells it all in her music to the world. Fortunately, Taylor Swift is an acclaimed poet who knows how to express her feelings out so beautifully. When she was in fourth grade, Taylor Swift won a national poetry contest for her poem called “Monster in My Closet”. And guess whose closet she would want to raid? Blake Lively.

In 2012, Michelle Obama presented Taylor Swift an award for her humanitarian endeavors. The First Lady viewed Taylor Swift as a singer who "has rocketed to the top of the music industry but still keeps her feet on the ground, someone who has shattered every expectation of what a 22-year-old can accomplish" and still stay true to herself. Swift admitted she hasn’t let fame changed her as a person. Her best friends are still her friends from high school. To stay true to herself and be the role model as it shaped her career and music, here is how Taylor Swift keeps herself out of trouble: “I think it all comes down to who you surround yourself with and how strong your morals are. Before I make a decision, I stop and think about the 10-year-old girl I saw last night at my concert in the front row. I think about her mom. I think about how they bought my CD, thinking that I’m a good role model.” Taylor Swift keeps her fashion style feminine, appealing but not revealing or exposed. In 2014 People magazine voted her on the best dressed list. In 2015, Taylor Swift was named Woman of the Year at the Elle Style Awards. Taylor Swift was named as sex symbol by Bloomberg LP and ranked first in Maxim's Hot 100 list. As glamorous as she is, her favorite places to shop is Forever 21 and BCBG.