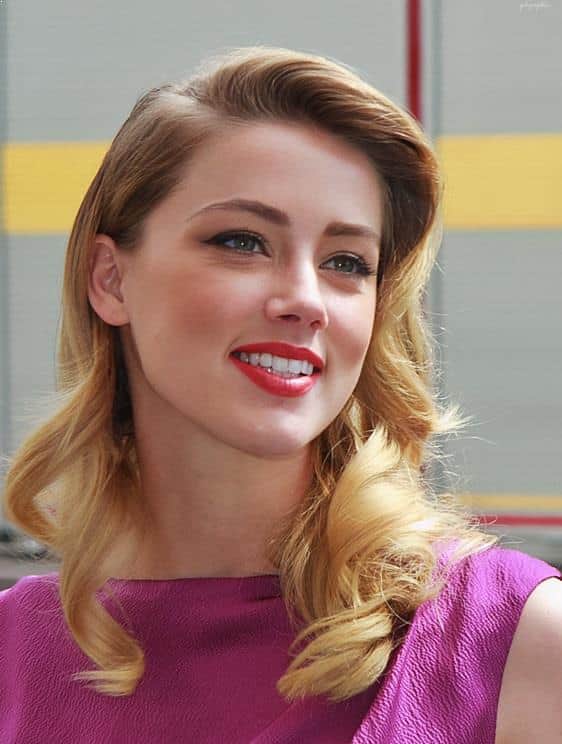 The model-turned-actress Amber Heard was born April 22, 1986 in Austin, Texas.

In 2011 she starred alongside with Johnny Depp in “The Rum Diary” based on the novel of the same name by Hunter S. Thompson. Johnny Depp and Heard met on the set of the film, where they played each other's love interests. The two later married in February 2015, an intimate ceremony on Depp’s private island in Bahamas. In 2016, their marriage ended after 15 months of marriage after Amber Heard filed for a temporary restraining order against Depp, alleging he had been both verbally and physically abusive to her throughout their marriage. She made headline news with a total divorce settlement of $7 million to be donated to the 2 charities: the American Civil Liberties Union — with the money earmarked to prevent violence against women — and the Children’s Hospital of Los Angeles. Some said her action was a little too late to shut down the rumors swirling around the beginning of their divorce that she was seeking $55,000 a month from Depp. Amber Heard cleared it once and for all, that all she wished for was some good coming out of their ugly divorce: “I know these organizations will put the funds to good use and look forward to continuing to support them in the future. Hopefully, this experience results in a positive change in the lives of people who need it the most.”

Amber Heard was also outspoken about her sexuality. She is content with herself and her beings so when people talked about her “coming-out”, she casually explained: “I don't want to be labeled as one thing or another. In the past I've had successful relationships with men, and now I'm in this successful relationship with a woman. When it comes to love I am totally open. I don't want to be put into a category, as in I'm this or I'm that".

For this gorgeous celebrity, her career has been taking off slowly because Amber Heard has carefully chose the roles she wanted to perform. Heard once said: “I'm looking to find good stories, not big commercial pieces of work.” With that work ethics in mind, we are expecting great roles for her in the future and she will continue appearing on the most beautiful women in the world list for years to come.