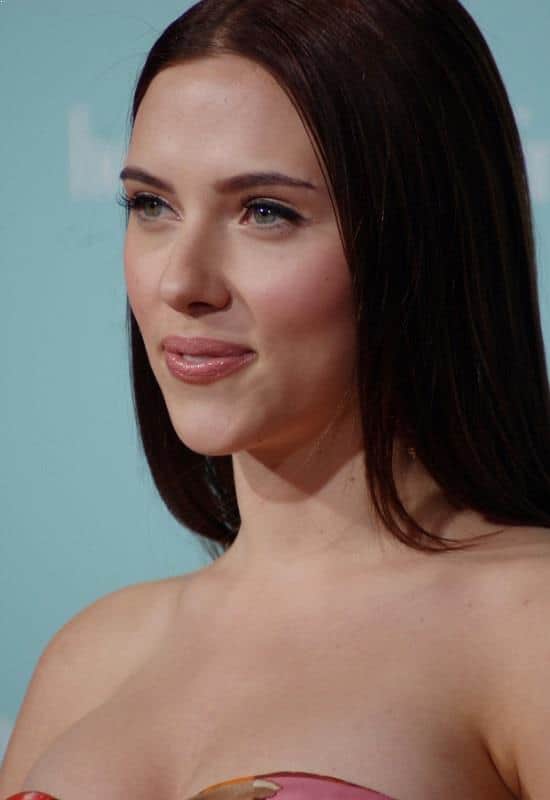 Photo of Johansson at the February 9th 2009 premiere of He's Just Not That Into You, where she auctioned off a pair of tickets to benefit Oxfam, by Angela George, CC BY-SA 3.0

Scarlett Johansson was born on November 22nd 1984 in New York City. She was considered as a child actor with her first acting role when she was only 9 years old. In 1996, she played Amanda in “Manny & Lo” and received positive reviews for the role. She was nominated for the Independent Spirit Award for Best Lead Female. San Francisco Chronicle movie critic Mick LaSalle commentated on her "peaceful aura", and wrote, "If she can get through puberty with that aura undisturbed, she could become an important actress."

LaSalle’s prediction of Johansson’s success with maintaining her “peaceful aura” turned reality. With her airy, nonchalant persona, she becomes the sexy movie goddess in the later roles she took as an adult actress.

Scarlett Johansson made the transition from teen roles to adult roles in the 2003 American romantic comedy-drama film “Lost In Translation”, written and directed by Sofia Coppola. She played Charlotte, a listless and lonely young wife, opposite Bill Murray. Her break-out role as an adult earned her a Best Actress Award at the Venice Film Festival, Golden Globe Award for Best Actress nomination.

Scarlett Johansson was named the sexiest woman alive in 2013 by Esquire magazine with her curvy body, seductive pouty lips and soultry eyes. Critics described her sexiness as her given talent, as how she’s seducing the camera in a very casual but effective way, to lure you into her seductive roles.

How does she react to the world’s perception of her sexiness and her God-given curvy body?

In an interview, Johansson revealed that she caught in her own cleavage, sort of:

“I was driving through Los Angeles and I look up and see the biggest photo of me I have ever seen in my life on a massive ad space. I screamed and slammed on the brakes. I couldn't believe it. It's very strange to see my cleavage the size of a brontosaurus. My breasts were huge. I had long hair and my goodness, I couldn't get past the cleavage.”

In our list of the most beautiful celebrities of 2016, this movie goddess Scarlett Johansson is still very much a desirable face and body in the entertainment industry.