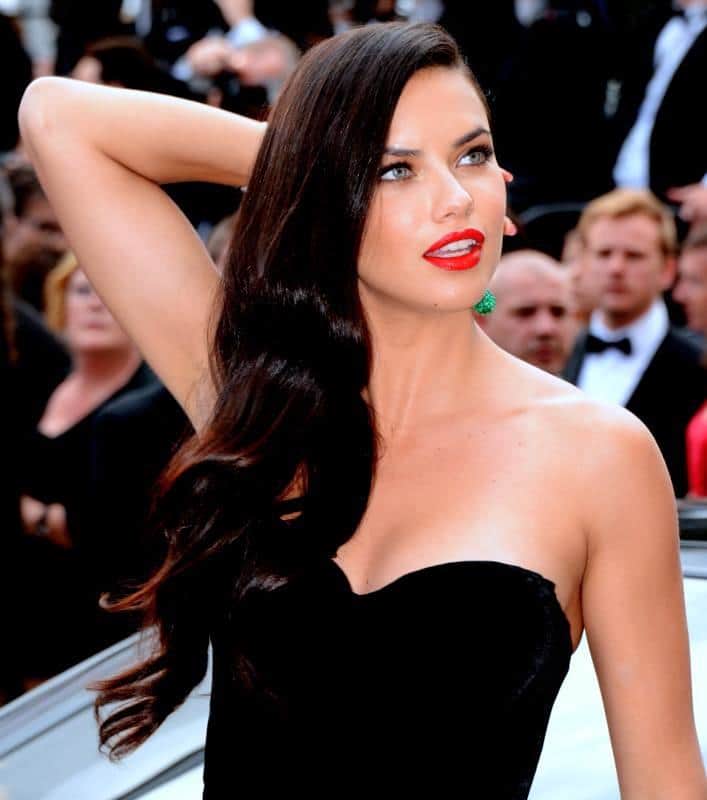 Supermodel Adriana Lima was born June 12, 1981 in Salvador, Brazil. She was best known as the longest-running model for Victoria Secret Angel (since 2000).

She has been the spokesperson for Maybelline cosmetics from 2003 to 2010, a GUESS face in 2000, appearing in that year's fall ad campaign.

In 2008 Super Bowl, her solo Victoria's Secret's Super Bowl XLII ad was the single most-seen ad of the game, watched by 103.7 million viewers.

In 2012, Adriana Lima appeared in the Super Bowl XLVI commercials for online flower service Teleflora and Kia Motors, which was watched by more than 200 million viewers. She became the only celebrity to ever star in two Super Bowl commercials in one game. Her commercial appearance to promote the new KIA Omptima during Super Bowl that year has increased their sales up to 31% in January 2012 and to a whopping 138.6% in February 2012.

AdrianaLima has also been guest star in “How I Met Your Mother” sitcom in November 2007, in “Ugly Betty” television series (2008). She also played herself, along with fellow Victoria's Secret Angels, in the 2013 series The Crazy Ones starring Robin Williams and Sarah Michelle Gellar.

In September 2016, photos of the 35-year-old Adriana Lima and the 41-year-old television host and producer Ryan Seacrest surfaced everywhere, suggested that they were dating. Their duo’s chemistry sparked during their time in Rio for the 2016 Summer Olympics. Whether this will be a serious relationship for Adriana Lima or not, we know for a fact that whoever is dating her would have to respect her choice of sex after marriage. In April 2006 Adriana Lima revealed that she is still a virgin by choice because she is a devout Roman Catholic.