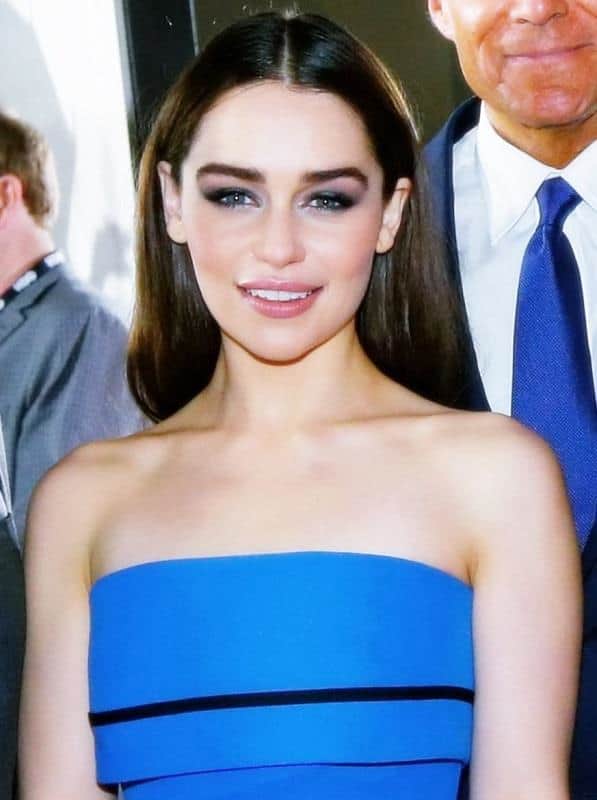 Photo of Emilia Clarke at the Hollywood premiere of Game of Thrones Season 3, In March 2013, photo by By NI Executive Uploaded by MyCanon - CC BY 2.0

Emilia Clarke was born October 23rd, 1986 in London and grew up in Berkshire. She was best known for her appearance in the HBO series “Game Of Thrones” in which she has been playing the role of Daenerys Targaryen since 2010 till present. Emilia Clarke has received three Emmy Award nominations for Outstanding Supporting Actress in a Drama Series in 2013, 2015 and 2016.

She also made her Broadway debut in “Breakfast at Tiffany's” playing the role of Holly Golightly in March & April 2013. She also starred in “Dom Hemingway”, a 2013 British black comedy–crime drama film, alongside Jude Law.

In 2015, Clarke played Sarah Connor in the big screen science fiction movie “Terminator Genisys”, the fifth installment in the Terminator franchise opposite Arnold Schwarzenegger. The movie was not well-received by critics, who found the story and performances unsatisfactory. Although for the box-office, it was still a huge success. It grossed over $440 million worldwide, making it the second-highest-grossing film of the franchise and Schwarzenegger's career.

She was named by Esquire's Sexiest Woman Alive in 2015. Despite her sexy stardom, Emilia Clarke turned down the role of Anastasia Steele in “Fifty Shades Of Grey” because she didn’t want to be recognized for constantly doing nudity.

In 2016, Emilia Clarke played the lead female role in the romantic drama film “Me Before You”, directed by Thea Sharrock and adapted by Jojo Moyes from her 2012 novel of the same name. The film was released on June 3, 2016 in the United States, received mixed reviews and grossed 07 million worldwide.

Her work has been spanned from small screen television shows to Broadway theatre to the big screens. Her constant work and success in the public eyes has made her as one of the most beautiful female actress and celebrities of 2016.