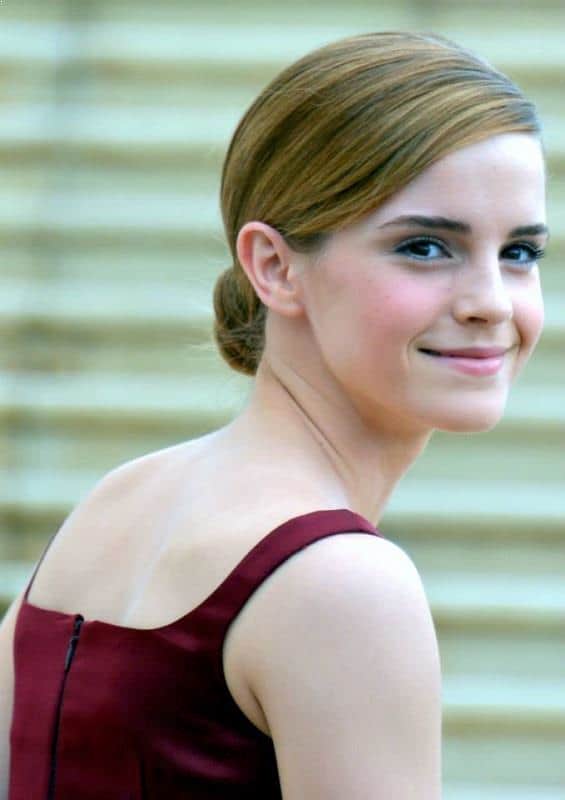 Photo of Watson at the 2013 Cannes Film Festival By Georges Biard, CC BY-SA 3.0

The British actress Emma Watson was born April 15th 1990 in Paris and brought up in Oxfordshire. Her best known role was Hermione Granger in the Harry Potter film series. Emma Watson started to play Hermione when she was only 9 years old. The last Harry Potter, “Harry Potter and the Deathly Hallows – Part 2” released in 2011 when she was 22. Playing the role of Hermione for so long, it consumed almost half of her life. Watson tried to find herself in an adult role to shake off the image of a witty, smart, courageous and lovely Hermione. Emma Watson is described as book-smart, level-headed, clever, compassionate and a bit bossy like her fictional Hermione in real life. Watson uses her public influential image to promote education for girls, visiting Bangladesh and Zambia to spread the importance of being educated to improve quality of life. In July 2014, she was appointed as a UN Women Goodwill Ambassador.

Her intelligence and compassion add a unique cleverness edge to her beauty. Emma Watson didn’t always like to be the subject of attention. Emma Watson once expressed her thought on her fame: “Most people are really nice but some stare, like you're some kind of zoo exhibit and not a real person with real feelings. Even when you take away all the glamour and attention and premieres and everything, it still comes down to the fact that I'm acting.”

Emma Watson's upcoming project is to play Belle in a 2017 live-action adaptation of “Beauty and the Beast” opposite Dan Stevens as the Beast.