The foxy American actress and model Megan Fox got her career breakthrough role as Mikaela in the blockbuster action movie Transformers (2007 & 2009). The movie instantly put her in the sex symbol stardom with the unforgettable scene of Fox, dressed in tiny outfits, bending over to open the hood of a broken car. Like that was not enough to drive men wild, the 2009 sequel of the Transformers franchise, “Transformers: Revenge of the Fallen”, Fox, again in a curve-skimming tiny outfits, lied along the motorcycles showing her God-given foxy body.

The Los Angeles Times called Fox a "sex symbol of the highest order" and "a woman whose hotness has become emblematic of a specific era. Call Megan Fox the first bona fide sex symbol of the 21st century.” 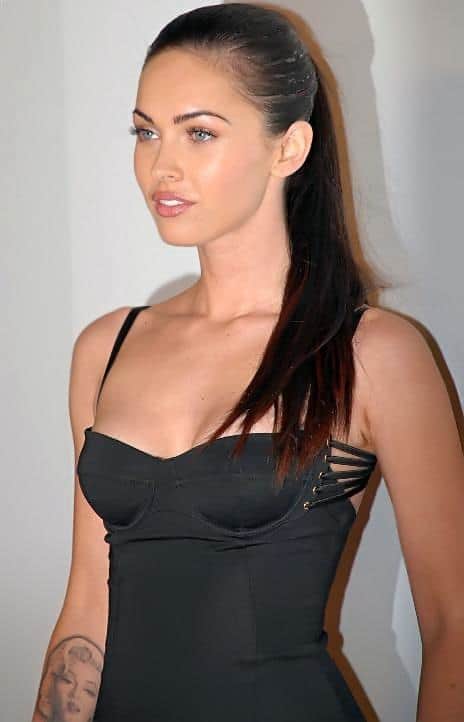 For someone with her fame, Megan Fox lives a very withdrawn social life. Megan Fox dated Brian Austin Green when she was only 18 while he was 30 years old in 2004. They got married in 2010 and had 3 children together. The young Megan Fox felt safe with her relationship with Green versus other men couldn’t see her beyond her look: “I don't trust male intentions, usually, because they don't approach me for intellectual conversation.”

She once revealed that she would have wished to become some sort of an alien species who came to earth to conquer men. She didn’t need to be an alien to achieve that, with her sultry eyes and gorgeous body, she has captivated the world with her beauty. Even though she was considered as a sex symbol, she doesn’t like to flaunt herself out in public like other celebrities: “I can't be naked in front of people.” So how did she feel about her being the most desirable, sexiest, most beautiful celebrity status? She replied in an interview:” I felt powerless in that image. I didn't feel powerful. It ate every other part of my personality, not for me but for how people saw me, because there was nothing else to see or know. That devalued me. Because I wasn't anything. I was an image. I was a picture. I was a pose.”

In “Jennifer’s Body”, a 2009 supernatural horror black comedy film written by Diablo Cody and directed by Karyn Kusama, there was a scene Megan Fox kissing her co-star Amanda Seyfried. But she set the record straight that she was not a lesbian. If she found herself attracting to a female, Megan Fox revealed it would be Olivia Wilde: “Olivia Wilde is so sexy, she makes me want to strangle a mountain ox with my bare hands. She's mesmerizing.”