The British actress Keira Knightley began her acting career when she was only 6 years old, appearing in commercials and small TV roles. She has been in major big screen productions but recently been working with independent films and theatres. Knightley was best known for her role as Elizabeth in “Pride and Prejudice”, a 2005 British-American romantic drama directed by Joe Wright and based on Jane Austen's novel of the same name, published in 1813. 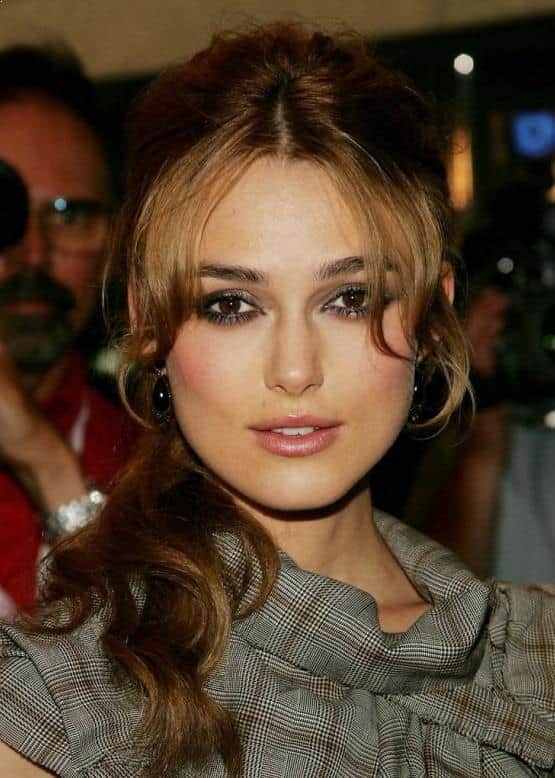 Photo of Keira Knightley at the premiere of Pride and Prejudice, 2005 Toronto Film Festival, August 2, 2006. Photo by GabboT, licensed under CC BY-SA 2.0

With her angelic face, she has been endorsing luxury good brands like Asprey, Shiatzy Chen, Chanel's perfume Coco Mademoiselle. Keira Knightley was named by Maxim, Vanity Fair magazines as one of the sexiest women in the world for more than a decade till present. There was controversy about how slender Knightley’s body was. But she slammed a lawsuit on a ma

Knightley told in an interview that she despised exercise and was thankful for her good gene. Talking about her slender figure, Keira Knightley was baffled to be called a “tomboy beanpole”:

“The beanpole bit, is that good? Can you be a sexy beanpole?” She added in another interview: “I don't have a problem with my body. I'm not just going to strip off all my clothing, but if the part calls for it and I don't think there's any way round, I'm absolutely fine.”

Stripping it all, Keira Knightley did in the September 2014 issue of Interview, posed topless without any photoshopped work to draw attention to how "women's bodies are a battleground and photography is partly to blame."