The South African and American actress and film producer Charlize Theron always looks stunning and glamorous on the red carpet. She is on the top list of the most beautiful women in the world, not just in 2016 but she has been bestowed that goddess sex symbol status for more than a decade. In January 1999, Charlize Theron was on the cover of Vanity Fair and voted as the “White Hot Venus”. Her photos taken when she was a model were published on May 1999 issue of Playboy magazine, though without her acknowledgement. 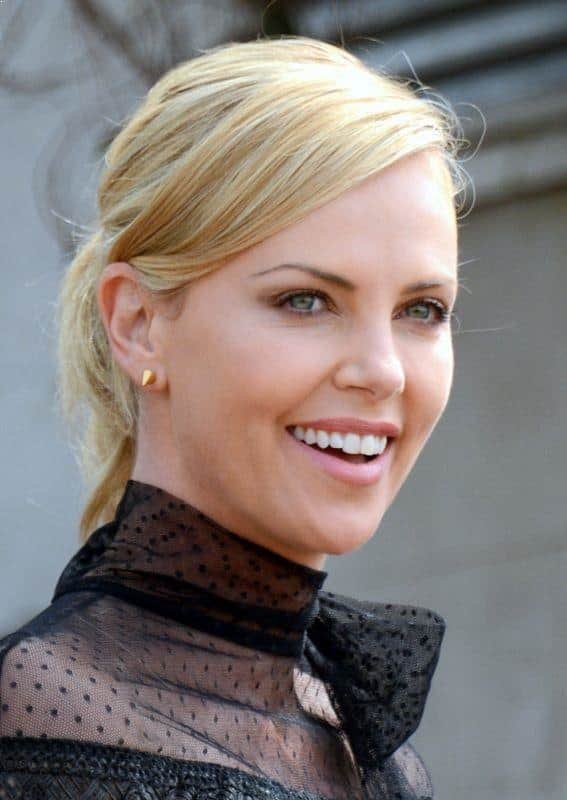 Charlize Theron at the Cannes film festival May 2015, photo by Georges Biard, licensed under CC BY-SA 3.0

Charlize Theron embarked on Hollywood since she was 19 years old. Not until 3 years later she hit her box-office success with the female leading role in “The Devil's Advocate”. After appearing in other films, Theron starred as serial killer Aileen Wuornos in Monster (2003). Movie critic Roger Ebert called it "one of the greatest performances in the history of the cinema". On February 29, 2004, she won her first Academy Award, for her performance in Monster. She was the first South African to win an Oscar for Best Actress. Since then, her career took off on a great start. She became one of the highest-paid actresses in the world.

Despite her stardom and success, Charlize Theron lives a very private and simple life. In an interview with GQ magazine, she viewed being beautiful is a curse, a burden because there are certain expectations to maintain that persona, that perfect looks all the time. Not with Theron, she loves simplicity and causality. She was once said: “I'm 50-50 on glamour stuff. I'd rather put on a pair of jeans and get on my Harley and act like a guy.”

Her take on being a sex symbol: “ Well, guess what? I'm a sexual creature. There's nothing wrong with that. Why do we have to be ashamed of being so many different things? Why do we have to be only one thing, a good mother or a hooker? I don't think that what's under my clothes is evil. I'm a woman, I'm feminine. And I like the way I look. And I celebrate that. And I don't make excuses for that.”

Charlize Theron is a grounded and smart lady. She knew in Hollywood, good looks could get your feet in the door, but to get far ahead of others, there got to be talent.

“Looks alone won't get you that far. It may get you in the door, but there's always somebody younger, somebody prettier. You have to rely on something else.” – Charlize Theron.