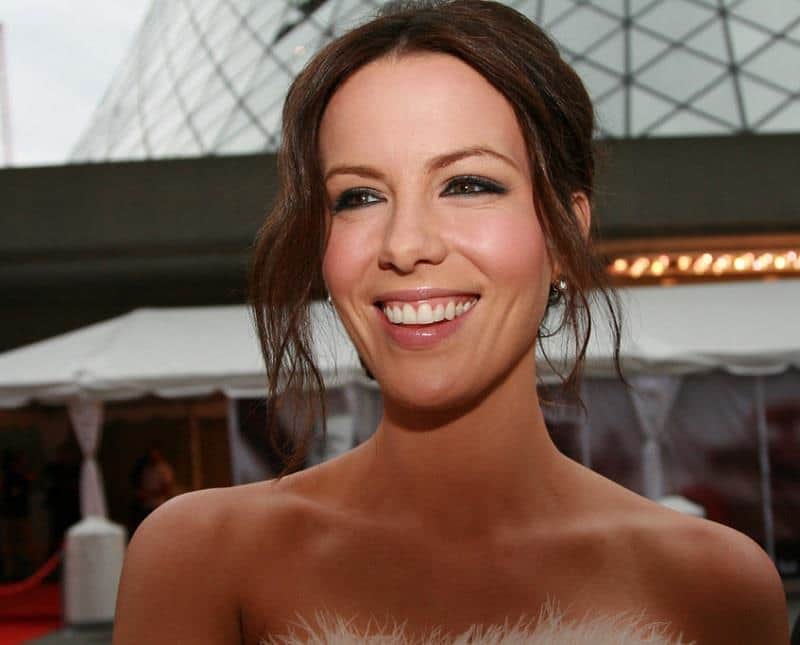 Kate Beckinsale at the TIFF premiere of Nothing But the Truth. Monday September 8, 2008. Photo by Karen Seto, licensed under CC BY 2.0

Kate Beckinsale is an epitome of Beauty Goddess. She was best known for her breaking role as a nurse in “Pearl Harbor” and as an action movie role of a vampire in the 2003 thriller series “Underworld”. Her graceful beauty would be perfect for poets to get inspired.

But her natural and timeless beauty didn’t always catch Hollywood producers and directors at the first glance. In 2001, she gracefully portrayed as nurse Evelyn in the American epic historical romantic war film directed by Michael Bay “Pearl Harbor”. It was her breaking role to embark on Hollywood. Her look didn’t strike director Michael Bay at first. He hired her for the role anyway because Bay thought Beckinsale’ beauty wasn’t threatening, she wasn’t "too beautiful. Women feel disturbed when they see someone’s too pretty." Michael Bay even requested her to lose weight for the role. Beckinsale knew her beauty, her body didn’t fit in with the typical Hollywood movie star molds. Kate Beckinsale told her body trainer at the time: “I think he was baffled by me because my boobs weren't bigger than my head and I wasn't blonde.” When she was only 15 years old, she was suffering anorexia for all the external stress of living with her step-family. At an adult, Kate Beckinsale knew that being a female actress she would have to learn to take criticism on her look and didn’t let it get to her head. She added: "If I had come on to a movie set at [a younger] age and someone had said, 'You're a bit funny-looking, can you go on a diet?'—I might have jumped off a building. I just didn't have the confidence to put that into perspective at the time."

Though “Pearl Harbor” didn’t get positive reviews from movie critics but it was still a commercial success, grossing $449 million worldwide. Kate Beckinsale quickly became a shiny star on the big screens. Her performance in “Pearl Harbor” was moving and real. Owen Gleiberman from Entertainment Weekly praised Beckinsale for her look: "the avid eyed, ruby lipped Kate Beckinsale, the rare actress whose intelligence gives her a sensual bloom; she's like Parker Posey without irony." Her striking beauty hasn’t aged over the years, only adding maturity to her look. 2016 Kate Beckinsale turned to be forty-three years old but she is still on the top of the list of the most gorgeous celebrities in the world.