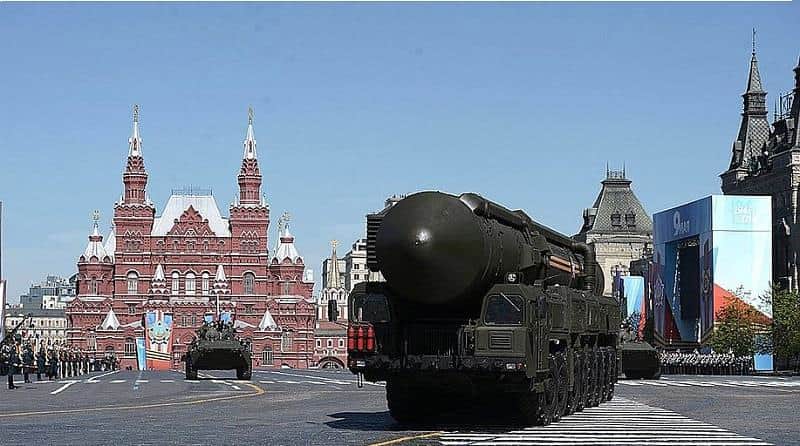 A day before President-elect Donald Trump’s inauguration, the Huffington Post reported that Trump’s inauguration team wanted to mark his first day as POTUS with an unusual showcase of heavy military weapons and equipment. Trump revealed his vision for his own inauguration day, with military marching down Pennsylvania Avenue, possibly including tanks and missile launchers in the parade.

The idea was shot down by the military with reasonable concerns. Firstly, the idea of showing large-scale military weaponry in a parade could send the wrong message that US under Trump presidency would be aggressive and ready for war, like showing off military strength to threaten others. Secondly, the streets of Washing D.C. areas are not built for heavy military equipment like a tank which can weigh as much as 100,000 pounds.

Despite the fact that their request for tanks and missile launchers were turned down, there will still be a spectacular military showcases with five military flyovers for Friday’s Inauguration parade. According the Pentagon official, there will be four fighter jets from the Air Force (F-35, F-15E, F-16 and F-22); four UH-60 Black Hawk from the Army; four of F/A combat jets from the Navy; four of V-22 Ospreys from the Marines and four of the MH-65 rescue helicopters from the Coast Guard.

Donald Trump wanted a military parade at his inauguration like Russia, North Korea and Iran

In many countries in the world, it is not a strange sight to see military hardware like tanks or ballistic missile launchers trotting on the streets as part of a parade for a national holiday. But with the massive use of military equipment, it shows more aggressiveness than just strength. In recent years, countries like Russia, North Korea and Iran have showcased their military hardware at their parades to get the world’s attention, to get the media going frantic for decoding an unwritten message like a threat to the world’s peace.

On September 21st, 2016, Iran used the 36th anniversary of the start of the Iran-Iraq war to parade arms through Tehran, including Russian fighter jets, tanks, 16 ballistic missiles, even a new missile with multiple warheads called Zolfaghar and the truck carrying it displaying a direct threat to Israel: "If the leaders of the Zionist regime make one false move, the Islamic republic will destroy Tel Aviv and Haifa."

The leader of North Korea, Kim Jong-un is no stranger to flexing his military muscles during any parade. The parade in celebrating the 70th anniversary of the founding of the Workers' Party of Korea was North Korea's biggest spectacle since Kim Jong-un took power in 2011. Satellite images showed seven drones are visible on mobile launchers for ballistic missiles.

South Korean military officials have detected two intercontinental ballistic missiles on mobile launchers from North Korea. It might be another threat North Korea Kim Jong-un tries to send out to US and threaten Trump administration. It could be just another empty threat with North Korea’s many failed attempts to test launch the missiles. Whatever the case might be, Peter Cook released this statement from Pentagon: “What I can tell you is that the preparations made by this department, under this secretary of defense, to ensure that the next administration has everything it needs to hit the ground running at 12:01, has been done.” In recent interview with “Meet the Press”, Defense Secretary Ash Carter said the U.S. would shoot down any missile that threatened either the United States or its allies. So the historical inauguration will go on in Washington D.C. and for all Americans, ready for changes or not, we stand united against all evils.