Donald Trump: His life before the White House 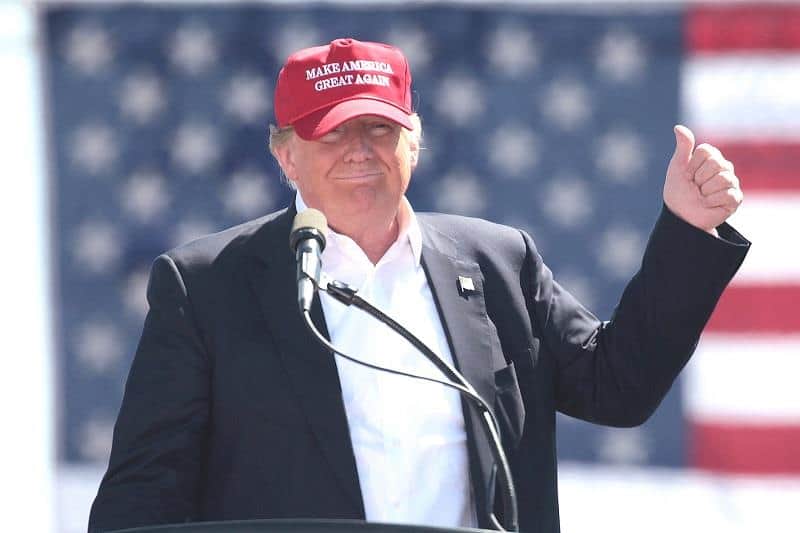 Birth place: Trump was born in a middle-class neighborhood called Jamaica, in the New York City borough of Queens.

Mother: Mary Anne Trump, who was born in the village of Tong on the Isle of Lewis, Scotland. She came to America in 1930, a day after her 18th birthday. She worked as a maid for four years in Long Island. She was married to Fred Trump in January 1936 with the wedding reception for 25 guests held at the Carlyle Hotel in Manhattan, New York.

Education: Donald Trump graduated from Wharton School of the University of Pennsylvania in Philadelphia in May 1968 with a Bachelor of Science degree in economics.

Donald Trump: His life on Twitter @realDonaldTrump. What its impacts on Trump’s presidency?

With 19.7 million followers on @realDonaldTrump, Trump knows how to tap in the power of social media to be his communication platform.

On January 2nd, 2017, Trump attacks China for its foreign policy. Mr. Trump scolded China for not doing enough to control the nuclear proliferation in North Korea.

Trump tweeted: “China has been taking out massive amounts of money & wealth from the U.S. in totally one-sided trade, but won't help with North Korea. Nice!”

Responding to a series of attacking tweets from Trump, on Thursday January 4th, 2017, Chinese official news agency, Xinhua, warned US President-elect Donald Trump over his use of Twitter to conduct international diplomacy. A day later, Newsweek reported that South Korea’s government has appointed an official to monitor Mr. Trump’s Twitter account.

Sean Spicer, the soon-to-be White House press secretary, confirmed that Trump will continue to be active on Twitter during his presidency.

To Mr. Trump, social media is his way to fight back the press on inaccurate news and negative reflection on him.

If the press would cover me accurately & honorably, I would have far less reason to "tweet." Sadly, I don't know if that will ever happen!

Trump vs US Intelligence on Russian hacking claims, on Twitter:

In the first week of the new year, Trump was criticized for his tweets to cast doubts on US Intelligence agency.

A series of tweets coming from President-elect Trump show he has very little confidence in the US Intelligence community. He wants “to be sure” that the intelligence info presented the hacking charge against Russia is 100% error-proofed. Trump referred to the false intelligence that led to the Iraq war in 2003 as an example of the damage of its erroneous information.

Despite the testimony from senior intelligence officials at the Senate Armed Services Committee on January 5th, 2017, he still has doubts on the intelligence assessments on Russian hacking charge.

So how and why are they so sure about hacking if they never even requested an examination of the computer servers? What is going on?

The next day, January 6th, 2017, Mr. Trump met with top officials like CIA Director John Brennan, FBI Director James Comey and others at his New York offices. He only revealed that he had learnt a lot from the discussion but declined to say whether he accepts the intelligence assessments or not.

During an interview with Judy Woodruff at PBS Newshour aired on January 5th, 2017, Vice President Joe Biden criticized President-elect Trump for his lack of confidence in the intelligence community. He directly addressed Donald Trump: “Grow up, Donald! Grow up! Time to be an adult. You’re the president. You’ve got to do something. Show us what you have.”

The United States 45th President, Donald Trump, is on his mission to make America great again by trying to keep jobs in US, threatening private companies on Twitter.

Mr. Trump has been using his Twitter account to threaten companies outsourcing jobs out of America. He promises to make America great again. One of his goals is to keep jobs in the country. Those companies who chose to bring jobs abroad would pay a steep tax hike, according to president-elect’s tweets.

Donald Trump called Boeing’s cost to build Air Force One “out of control” and put the giant aircraft maker to a tough negotiation position. By forcing Boeing in fair trade negotiation, Trump indirectly sent message to other government vendors like General Dynamics, Raytheon and Lockheed Martin that he makes a high priority to keep the defense cost in check. The business mind in Trump helps him to put his budget plan on a good start.

Boeing is building a brand new 747 Air Force One for future presidents, but costs are out of control, more than $4 billion. Cancel order!

Toyota responded to the rhetoric with calm and collective tone, providing with facts to prove that the Japanese auto manufacturers have had created tons of jobs in the United States.

Trump thanked Ford for cancelling the production plan in Mexico and instead, expanding a plant in Michigan, creating 700 jobs locally. Ford chief executive Mark Fields said on Tuesday, January 3rd, 2017 that the decision came down to intellectual resources. US is a place of more “innovation and new product development” than Mexico.

More tweets to come from President-elect Donald Trump, we are sure of that.