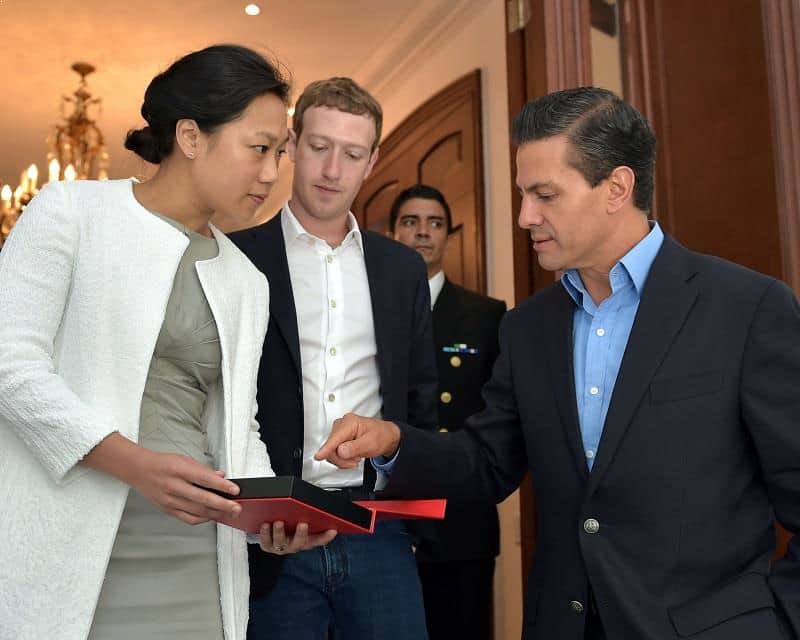 Mark Elliot Zuckerberg (born May 14, 1984) is an American computer programmer, internet entrepreneur, and philanthropist. He is the chairman, chief executive officer, and co-founder of social networking website Facebook. His net worth is estimated to be US $55.3 billion as of October 2016, ranking him as the 5th richest person in the world.

Priscilla Chan (born February 24, 1985) is an American philanthropist and pediatrician. She met and began dating Mark Zuckerberg at Harvard University and married him on May 19, 2012, a day after Facebook's stock market launch.

Zuckerberg and Chan have pledged about USD 1.6 billion to charities, including a donation of $75 million to San Francisco General Hospital, where Chan worked. In 2013, they gave 18 million Facebook shares (valued at more than $970 million) to the Silicon Valley Community Foundation. They also pledged USD 120 million to public schools in the San Francisco Bay Area.

In 2015, they gave away USD 126 million to charity, which totals up their lifetime donation to USD 1.6 billion so far.