The 2016 presidential election has been an intriguing race, to say the least. This election has already made a historical mark in the political world. Hillary Clinton has become the first-ever woman nominated by a major political party for the running of United States presidency. Tinsel town has never shied away from getting involved in political and social issues, and the coming election has drawn out even more supporters. Hillary Clinton has an army of Hollywood A-listers to support her.

1. Hillary Clinton gained the social media queen, Kim Kardashian, as one of her top supporters

Good or bad influence Kim Kardashian might bring, her growing popularity and success as a reality star has turned her endorsement a mega advantage for Hillary Clinton. 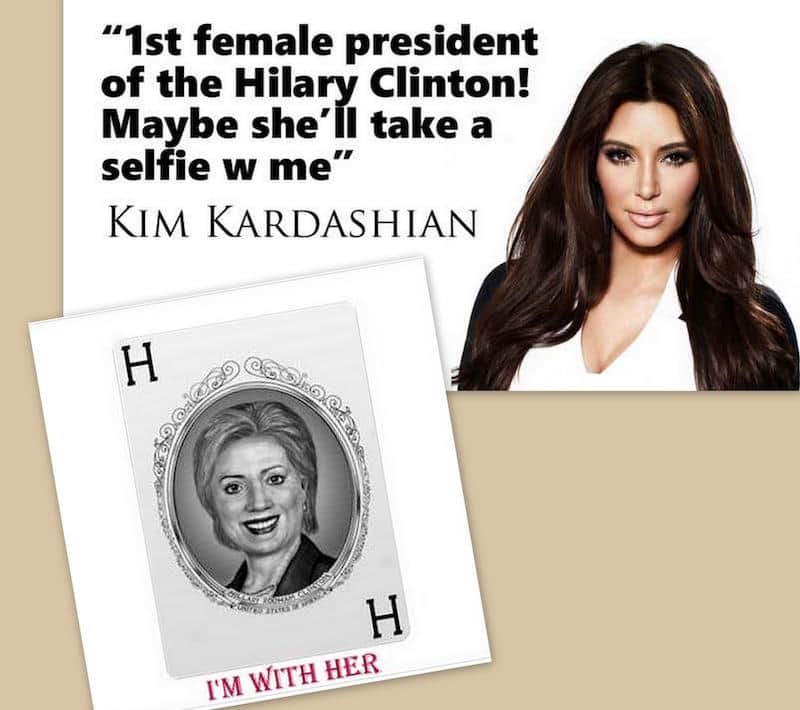 Kardashian photo by Democracy Chronicles, licensed under CC by 2.0

If there was any rumor or confusion regarding to Kim Kardashian’s political stand, on 9/24, it was all cleared up with Kim’s Twitter post a picture of Hilary Clinton in a Victorian frame card, with the hashtag “STRAIGHTUP I’M WITH HER”. After she met Hillary Clinton at a fundraiser, Kim Kardashian posted a selfie picture of her & Mrs. Clinton, with her husband Kayne West in the background. She tagged: “I got my selfie!!! I really loved hearing her speak & hearing her goals for our country! #HillaryForPresident.” Hillary Clinton & Kim Kardashian were amicably friendly to each other. Mrs. Clinton said: “I really enjoyed meeting her; I really found her to be warm and very personable”. When she was asked whether Mrs. Clinton considered Kardashian to be a good role model for young women, she was very clever in choosing her words not to upset the powerful Kardashian clang: “I think all of us in our own ways can be inspirational or aspirational for people, and I certainly think many people see her as someone who gets up every day and tries to figure out how to make that day successful.” 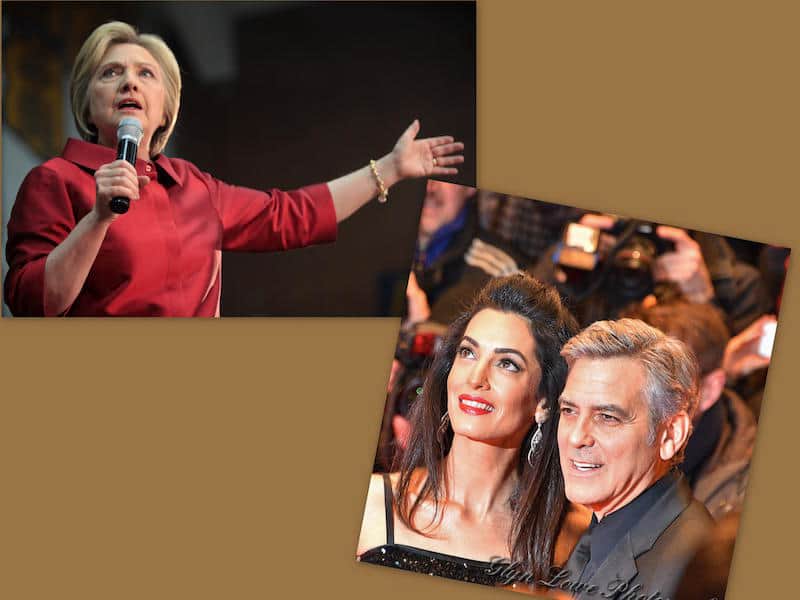 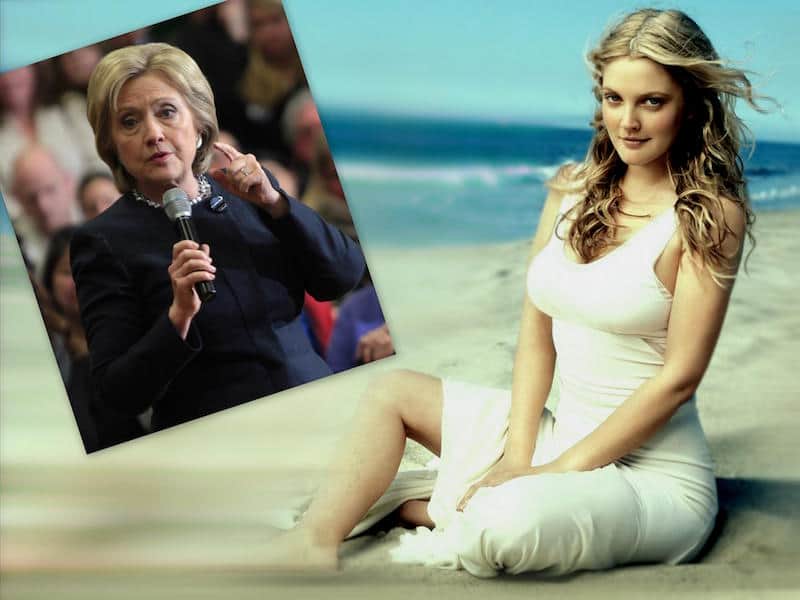 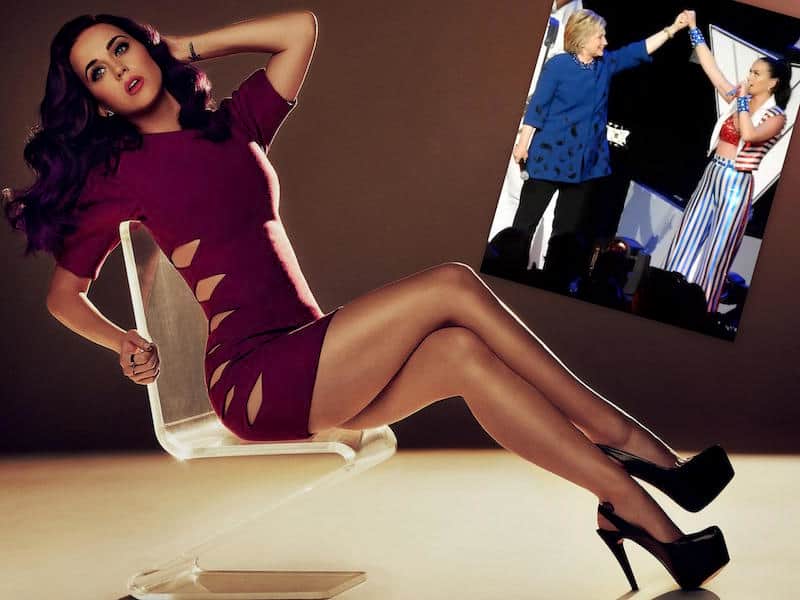 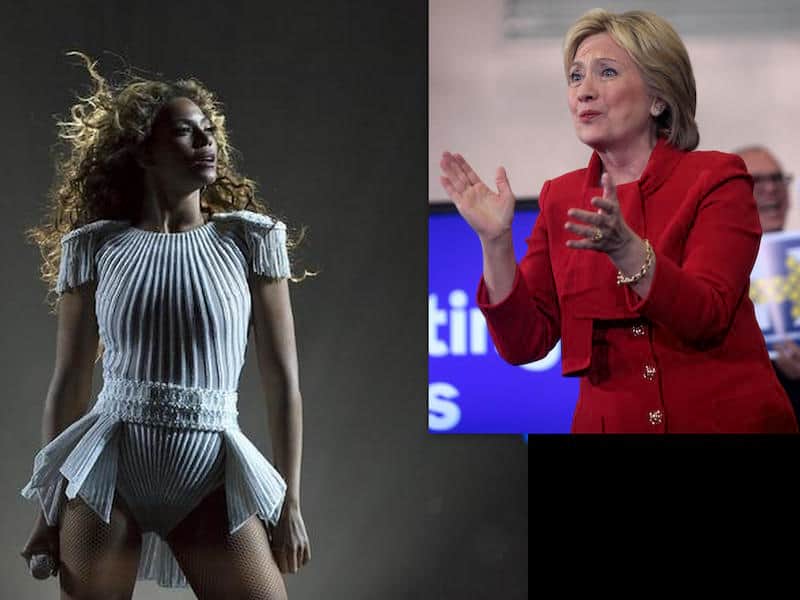 6. Ellen Degeneres, while shows her support to Hillary Clinton, joked about her relocation to the White House someday

Ellen Degeneres put on a comedian face when she told Clinton she'd have considered to relocate her talk show to the White House, and no place else. Ahem! Look out for this one, she might support Hillary Clinton today, but she might be running for the White House someday. 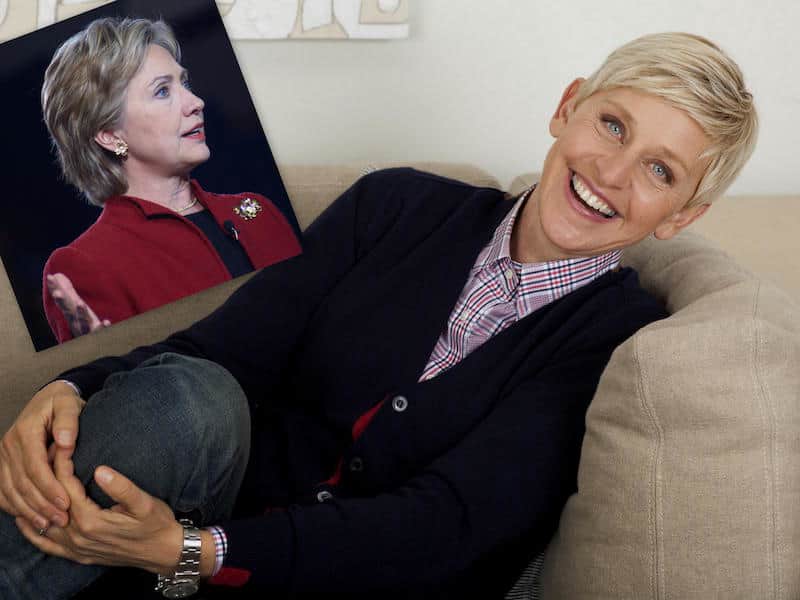 During the Democratic candidate’s visit to The Ellen Degeneres show, Degeneres told Hillary Clinton that she’d definitely vote for Clinton:"You know what a supporter I am. I think that you're as smart as can be, I think you are qualified, I think you stand for everything that I want in a president."

In return, Hillary Clinton also held a high regard for Ellen Degeneres and her influential show. Mrs. Clinton even joked about offering Degeneres the vice president seat if she’d win the election. Ellen Degeneres jokingly turned the potential job offer down, citing the reason was that she would have considered relocation only if she could have recorded her show at the White House residence, not at a Vice President house. Good one, Ellen! 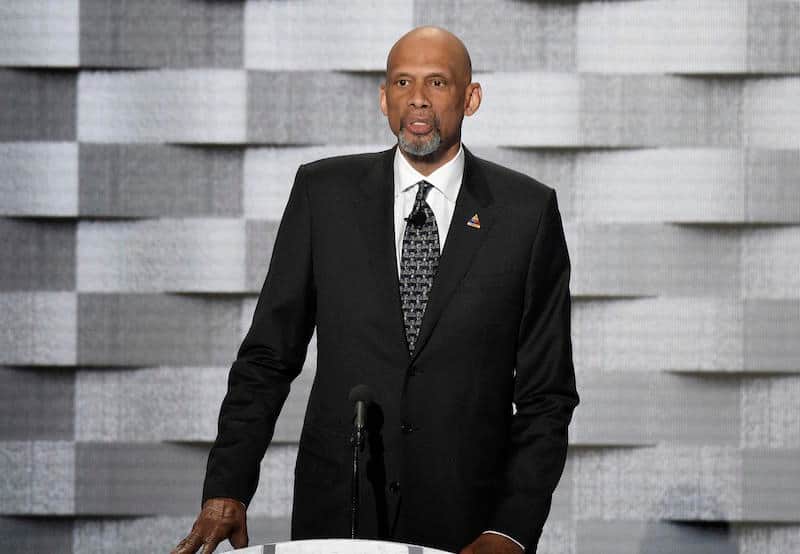 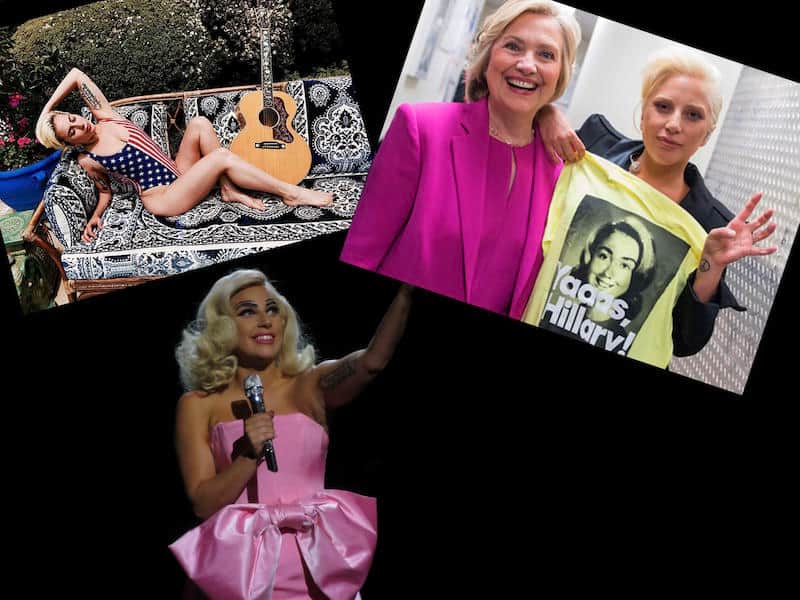 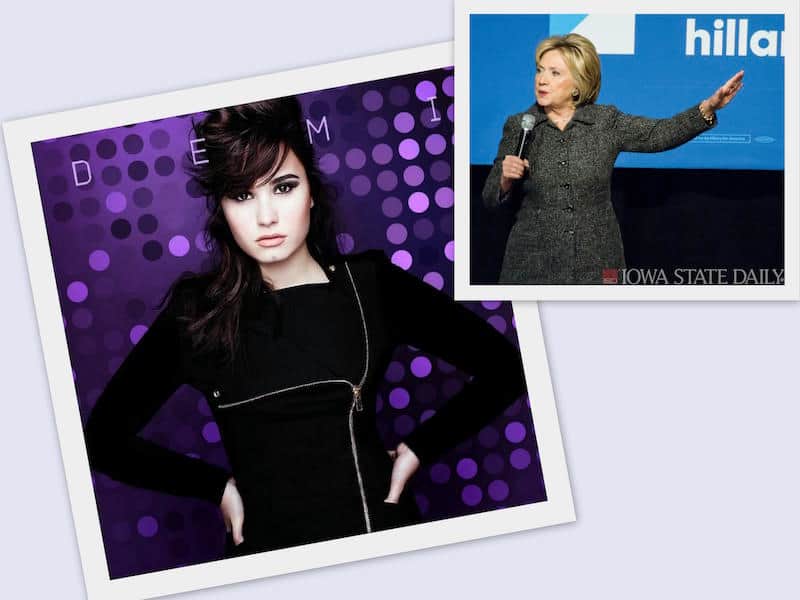 This next mega powerful TV host has her own political ground, to support women and equality. 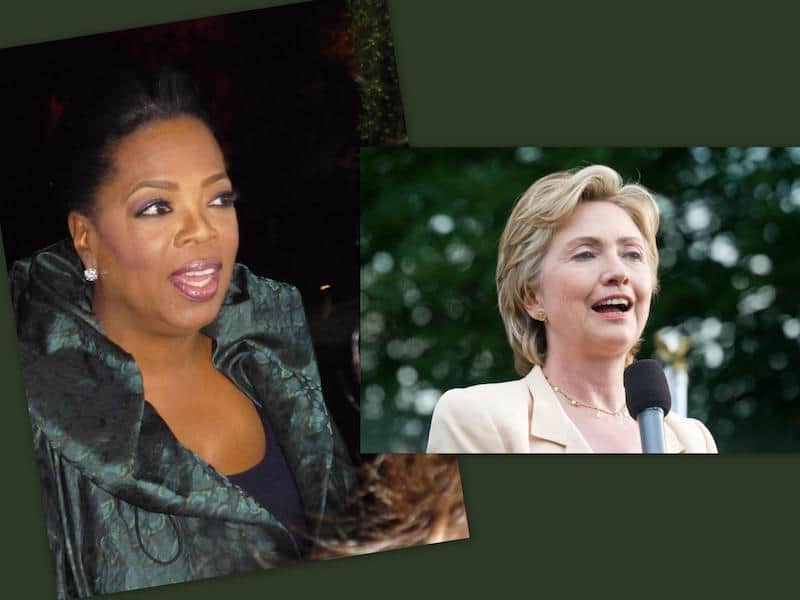 Even though the media mogul endorsed Barrack Obama over Hillary Clinton during their run for the 2008 presidential race, but she has lent her support this time around to Clinton with the campaign slogan: “I’m with her.” In an interview with Entertainment Tonight, Oprah told Nancy O’dell that, “Regardless of your politics, it’s a seminal moment for women. What this says is, there is no ceiling, that ceiling just went boom! It says anything is possible when you can be leader of the free world.”

Oprah appeared at the White House in June 2016 for its United State of Women Summit with Michelle Obama, where the two spoke about gender equality, life in the White House, and the first family's thoughts about post-presidency life. With her strong support of the women movement right and equality, there is no surprise Oprah would be all in to support Hillary Clinton for the president.