The American supermodel Jasmine Tookes is of mixed ancestry of African, Brazilian, and West Indian. Her first commercial ad campaigns were in 2010 for UGG boots and Gap. In 2015, she became a Victoria's Secret Angel. The talk show queen and business mogul Oprah Winfrey met supermodel Took when she performed on the catwalk in October 2011 at the "Lincoln Center Presents: An Evening With Ralph Lauren" and complimented on her perfect skin tone. 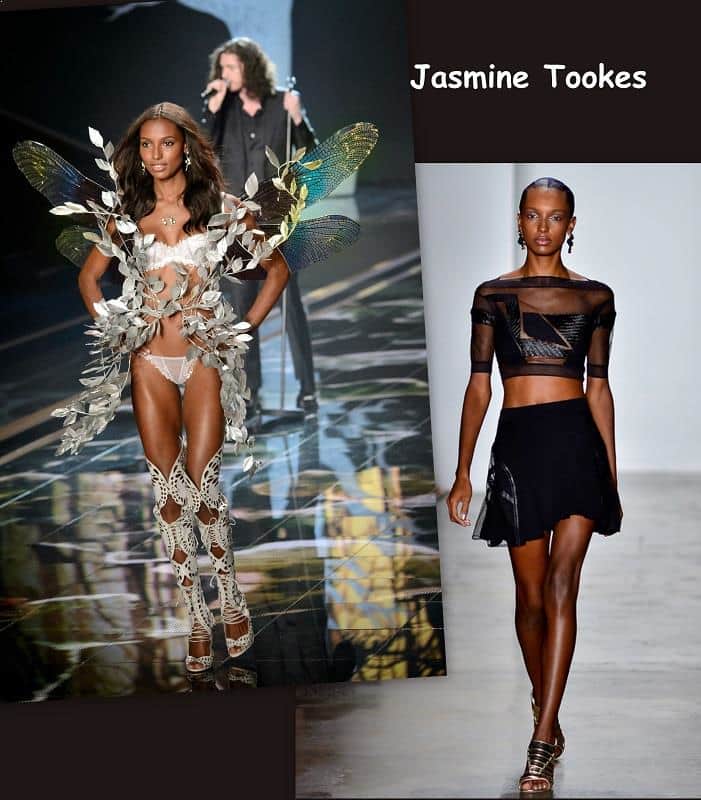