The Brazilian supermodel Gisele Bundchen is a sixth-generation Brazilian of German descent. Bundchen was featured in the 2015 Guinness World Record book as the model who earns the most money and still at the top of the list this year. Bundchen pioneered the "horse walk" on the runways in which a model picks up her knees high and kicks her feet out in front. With her perfect and most desirable body, model Bundchen was dubbed the "Boobs from Brazil" for inspiring the 36,000 breast enhancement surgeries performed that year in Brazil. In 2002, activists from PETA (People for the Ethical Treatment of Animals) called out Gisele Bundchen as their number one enemy for her wearing the mink coats campaigning for the American fur company Blackglama. Despite all those controversies around her career, according to Forbes Brasil in 2015, Gisele Bundchen is still the second most celebrated Brazilian, only after Pele. 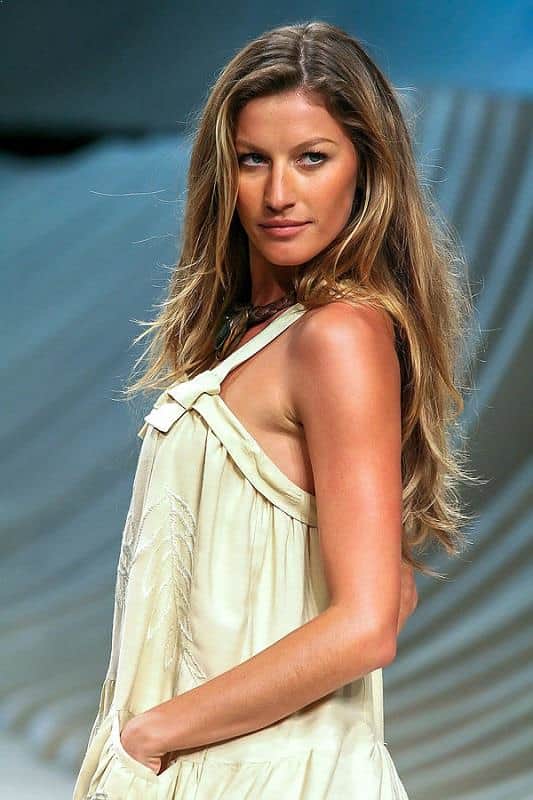