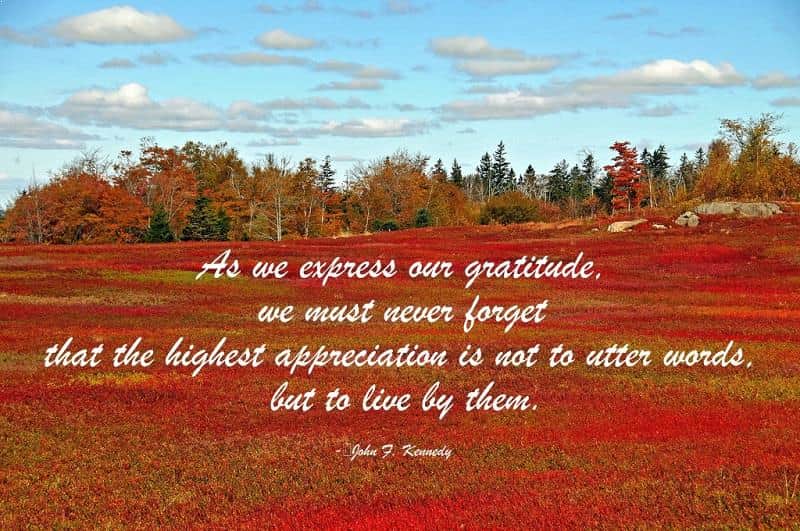 “As we express our gratitude, we must never forget that the highest appreciation is not to utter words, but to live by them.” - John F. Kennedy

John F. Kennedy (May 29, 1917 – November 22, 1963) was an American politician who served as the 35th President of the United States from January 1961 until his assassination in November 1963. He was the second youngest president of the United States, after Theodore Roosevelt, who was 42 when he was elected. Kennedy's time in office was marked by high tensions with Communist states. He increased the number of American military advisers in South Vietnam by a factor of 18 over Eisenhower. In Cuba, a failed attempt was made at the Bay of Pigs to overthrow the country's dictator Fidel Castro in April 1961. Kennedy was the only Roman Catholic president and the only president to have won a Pulitzer Prize for his biography “Profiles in Courage”.