Appreciation for living things around you - a quote from Albert Einstein 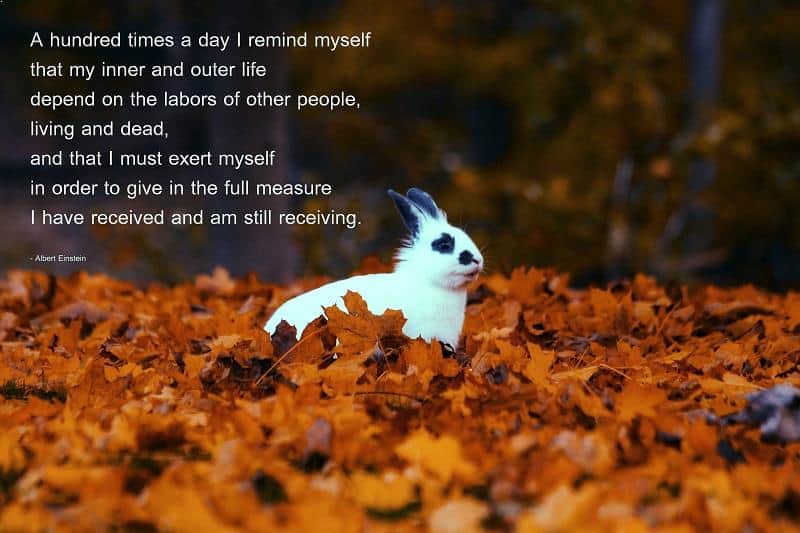 "A hundred times a day I remind myself that my inner and outer life depend on the labors of other people, living and dead, and that I must exert myself in order to give in the full measure I have received and am still receiving." - Albert Einstein

Albert Einstein (14 March 1879 – 18 April 1955) was a German-born theoretical physicist. He developed the general theory of relativity, one of the two pillars of modern physics. When he was a professor at the Berlin Academy of Sciences, he was visiting the United States when Adolf Hitler came to power in 1933 and, being Jewish, did not go back to Germany. He settled in the U.S., becoming an American citizen in 1940. During the World War II, he alerted President Franklin D. Roosevelt the potential development of "extremely powerful bombs of a new type" and recommending that the U.S. begin similar research which led to the Manhattan Project. Einstein supported defending the Allied forces, but largely denounced the idea of using the newly discovered nuclear fission as a weapon because of the danger of nuclear weapons. Einstein was affiliated with the Institute for Advanced Study in Princeton, New Jersey, until his death in 1955.