Gratitude - the bridge to Faith - a quote from Maya Angelou 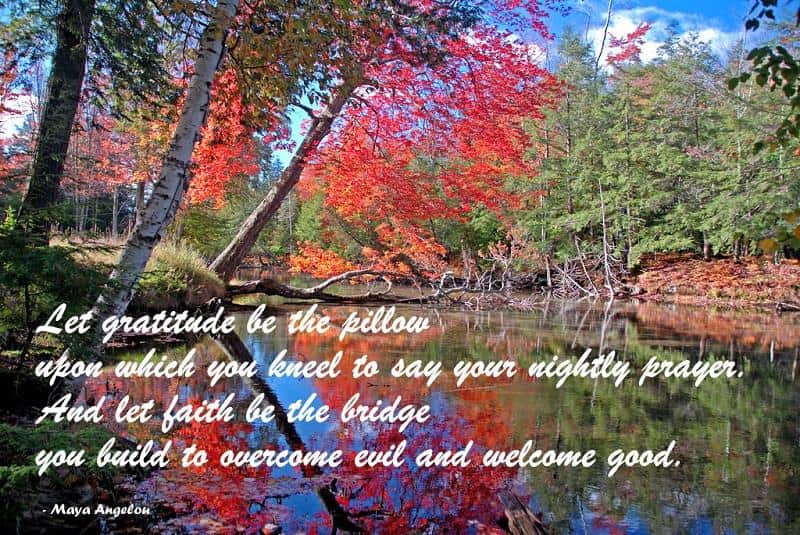 “Let gratitude be the pillow upon which you kneel to say your nightly prayer. And let faith be the bridge you build to overcome evil and welcome good.” - Maya Angelou

Maya Angelou (April 4, 1928 – May 28, 2014) was an American poet, memoirist, and civil rights activist. She published seven autobiographies, three books of essays, several books of poetry, and was credited with a list of plays, movies, and television shows spanning over 50 years. She received dozens of awards and more than 50 honorary degrees. She was active in the Civil Rights movement and worked with Martin Luther King Jr. and Malcolm X. In 1993, Angelou recited her poem "On the Pulse of Morning" (1993) at President Bill Clinton's inauguration, making her the first poet to make an inaugural recitation since Robert Frost at President John F. Kennedy's inauguration in 1961. She was respected as a spokesperson for black people and women, and her works have been considered a defense of Black culture.