Argh!!! How cute is this monster? Or should we say “how scary” she is in her favorite monster Halloween costume! 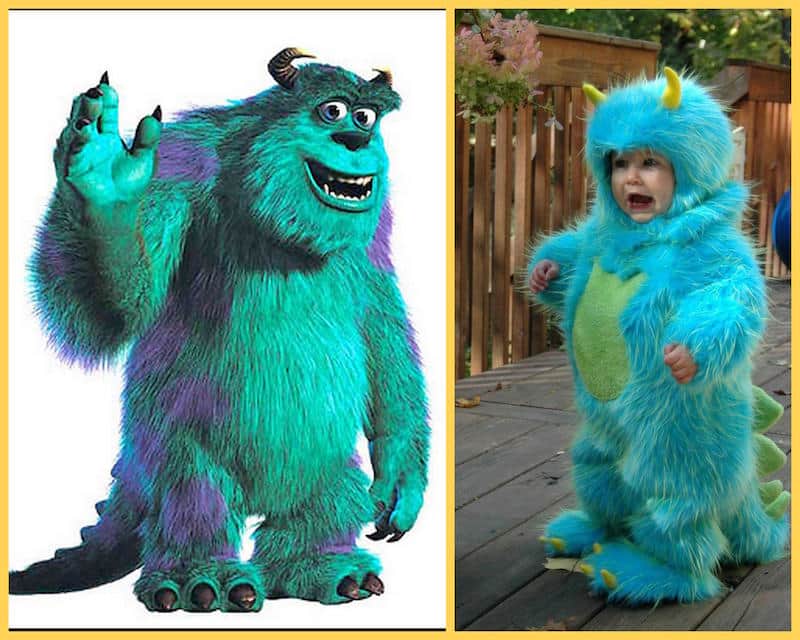 Set in an alternate dimension run by monsters, Monsters Inc. features monsters working in the Monsters, Inc. factory where monsters enter the Human World to scare children so their screams can power the Monster World. However, when a human girl named Boo enters their world, top scarer James P. Sullivan and his assistant Mike Wazowski must return her.

The costume was inspired by the main character, a monster named Sulley James P. Sullivan (voiced by John Goodman) in the movie “Monster Inc” produced by Pixar Animation Studios and released by Walt Disney Pictures in 2001.