The Path of Mindfulness - a quote from Thich Nhat Hanh 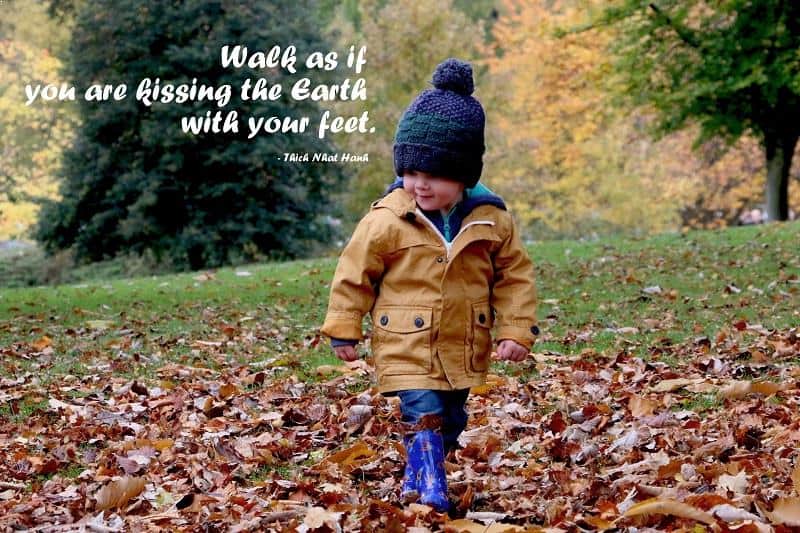 Bretton, United Kingdom in the fall. Photo by michael podger

“Walk as if you are kissing the Earth with your feet.” - "Peace Is Every Step: The Path of Mindfulness in Everyday Life" by Thich Nhat Hanh

Thich Nhat Hanh born as Nguyen Xuan Bao on October 11, 1926 is a Vietnamese Buddhist monk and peace activist. He lives in Plum Village in the Dordogne region in the south of France, travelling internationally to give retreats and talks. He coined the term "Engaged Buddhism" in his book Vietnam: Lotus in a Sea of Fire.

rice plants and wild grasses on both sides,

putting each foot down on the earth

that I walk on the wondrous earth.

In such moments, existence is a miraculous

or in thin air a miracle.

But I think the real miracle

is not to walk either on water or in thin air,

but to walk on earth.

Every day we are engaged in a miracle

which we don't even recognize:

the black, curious eyes of a child--

our own two eyes.

All is a miracle.