Gratitude gives you strength - a quote from Mother Teresa 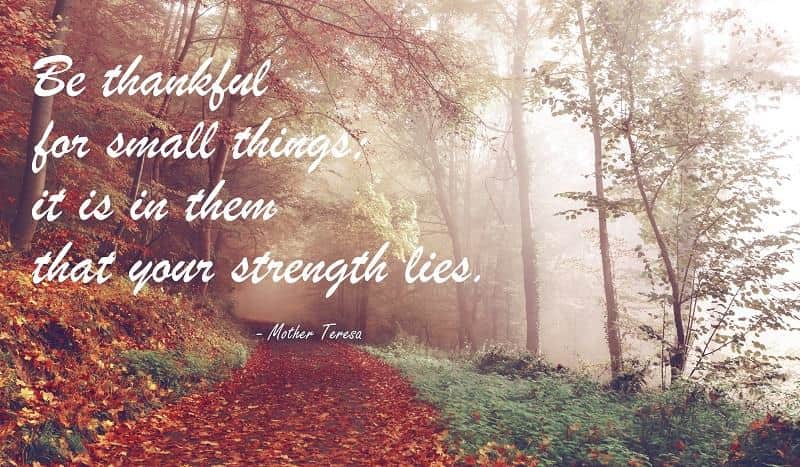 "Be thankful for small things; it is in them that your strength lies." - Mother Teresa

Mother Teresa ( 26 August 1910 – 5 September 1997) was an Albanian-Indian Roman Catholic nun and missionary. In 1950, Teresa founded the Missionaries of Charity, a Roman Catholic religious congregation, which in 2012 consisted of over 4,500 sisters and was active in 133 countries. They run homes for people dying of HIV/AIDS, leprosy and tuberculosis; soup kitchens; dispensaries and mobile clinics; children's and family counselling programs; orphanages and schools. Members must adhere to the vows of chastity, poverty, and obedience, as well as a fourth vow, to give "wholehearted free service to the poorest of the poor". Teresa was the recipient of numerous honors, including the 1962 Ramon Magsaysay Peace Prize and 1979 Nobel Peace Prize. She was recognized by the church as a saint on 4 September 2016, and the anniversary of her death, 5 September, was made her feast day.