Dog Catching Salmons On The Road

Salmons on the road during flooding season. 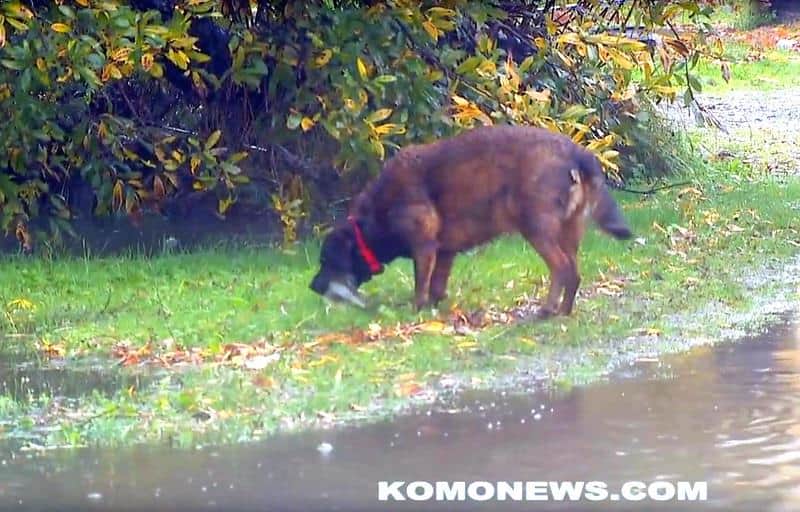 The Skokomish River a river in Mason County, Washington, United States. It is the largest river flowing into Hood Canal. There are two forks of the river: North Fork and Sooth Fork. Near the towns of Union and Skokomish the river creates a large estuary, which is called Skokomish Flats. Skokomish River is very popular among anglers. Every year, Skokomish River is stocked with about 25,000 – 30,000 steelhead trout. As for the salmon fishing, the prime time for that is August and September, as Chinook runs here. Later coho and chum salmon can be caught here.

The Skokomish is the most flood-prone river in Washington State, as it is the first river to flood during any major rain event and causes closing of U.S. Route 101 and State Route 106. Every year the Skokomish River floods and spawning salmon are diverted by the water rushing over the road. The scenes of salmons swimming up against the flood currents trying to cross the roads drew much attention from Seattle TV news crews and journalists. The media often joked "Why did the salmon cross the road?" referring to the Skokomish River floods.

Check out the video here: