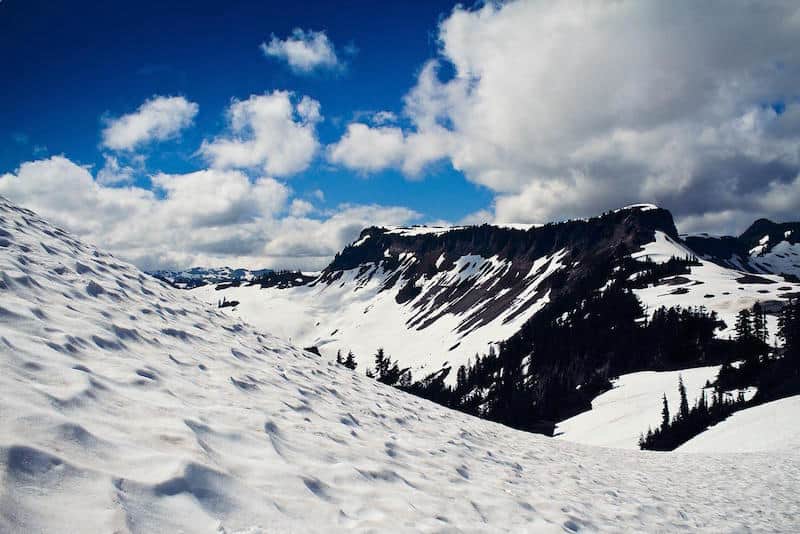 Mt Baker locates in the northern part of Washington, Whatcom County. It is the northernmost of the Cascade volcanoes in the United States. Its summit is covered by glaciers. Because of this, the Indians gave Mt. Baker a name meaning "White Steep Mountain." Its ski resort is known its steep and most challenging terrain. I Mt. Baker has the highest lift-served snowfall in the world. It also holds the world record of the most annual snow fall, 644 inches. In 1998 to 1999 ski season, Mt. Baker impressive world-renown record snow fall was at 95 feet high. Image you ski from 9-story high building down!