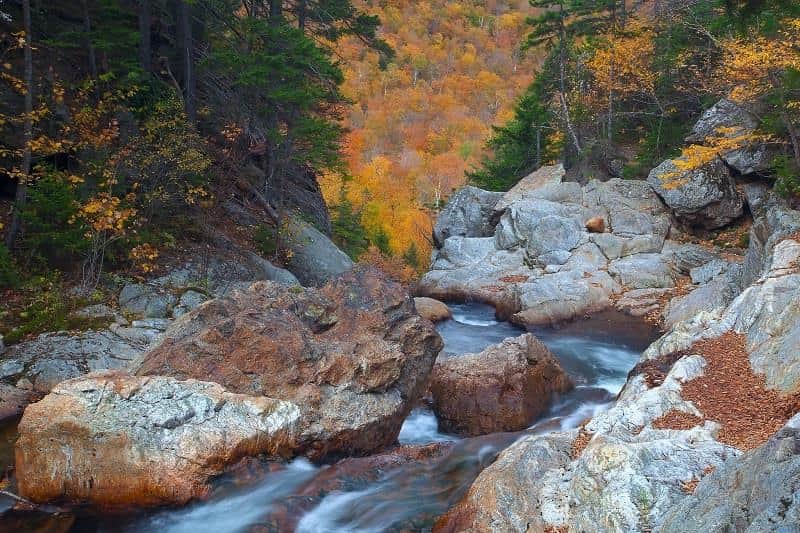 Autumn in the White Mountains. Photo by jar, licensed under CC BY 2.0

The White Mountains are a mountain range covering about a quarter of the state of New Hampshire and a small portion of western Maine in the United States. They are part of the northern Appalachian Mountains and the most rugged mountains in New England. This national forest is one of the best places in the world to witness the brilliant crimsons and golds of fall as New England vicinities are known for their spectacular fall foliage. Peak season is the beginning of September till mid of October.