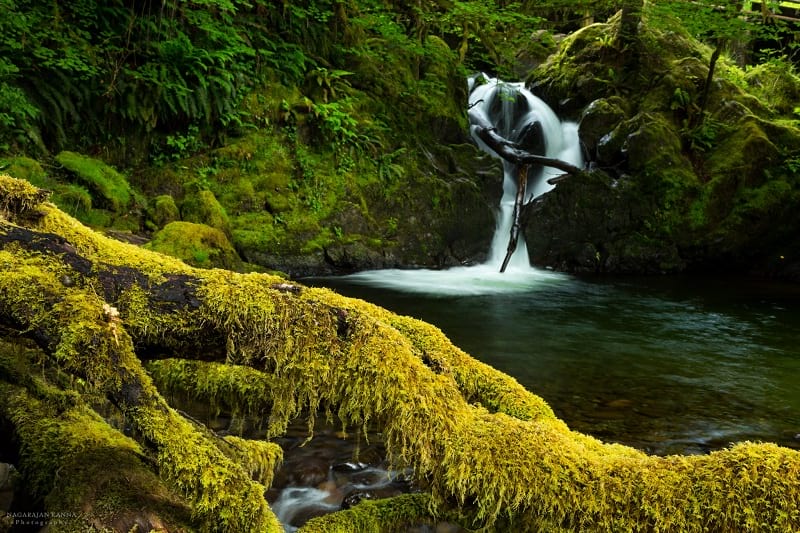 The Hall of Mosses Trail in the Hoh Rainforest, photo by Nagarajan Kanna

Olympic National Park encompasses nearly a million acres on Washington's Olympic Peninsula in the Pacific Northwest. With its incredible range of precipitation and elevation, diversity is the hallmark of Olympic National Park. There are three ecosystems containing a unique array of habitats and life forms like rugged glacier-capped mountains, wild pacific coast and magnificent old-growth temperate rain forest; all resulting from thousands of years of geographic isolation, and extreme gradients of elevation, temperature, and precipitation. The rainforest of Olympic National Park form a dynamic green canvas from tree line to coast. Heavy snow, avalanches, fire, wind storms, landslides and flooding all interact to rearrange the colors of the forests. But the resulting forests are vibrant, ever-changing shades of greens, textures, species and ages. Join 3.4 million visitors who have visited Olympic National Park in 2016 to immerse yourself under this tranquil and dynamic green multi-layered canopy of nature.