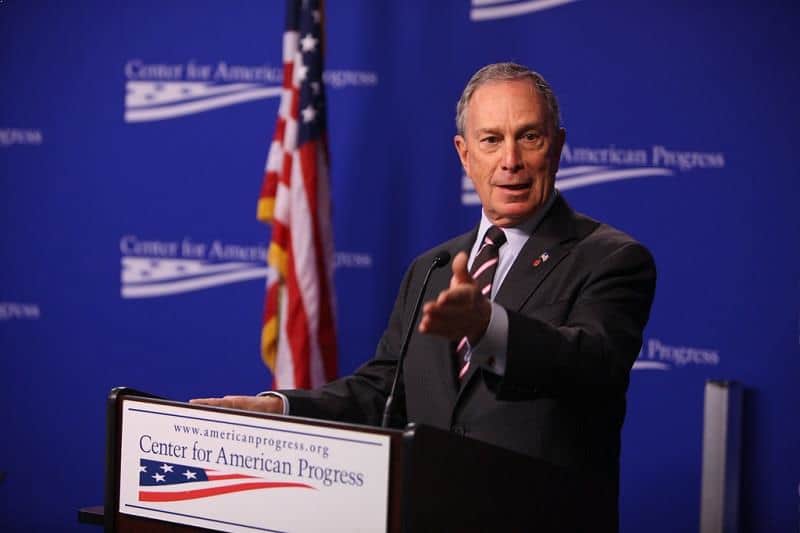 Photo by Center for American Progress , licensed under CC BY-ND 2.0

Michael Bloomberg (born February 14, 1942) is an American business magnate, politician, and philanthropist. Bloomberg is the founder, CEO, and owner of Bloomberg L.P., the global financial data and media company “Michael Bloomberg” and founder of Bloomberg Terminal, a computer system provided by the financial data vendor Bloomberg L.P. that enables professionals in finance and other industries to access the Bloomberg Professional service through which users can monitor and analyze real-time financial market data and place trades on the electronic trading platform. Bloomberg served as the 108th Mayor of New York City for 3 consecutive terms, 2001, 2005 and 2009 elections. Bloomberg’s net worth is estimated at USD 42.7 billion, as of October 2016, ranking him as the 6th richest person in the United States and the 8th richest person in the world.

Bloomberg is a dedicated environmentalist. He has advocated policy to fight climate change and pushed for transitioning the United States’ energy mix from fossil fuels to clean energy. He founded “Bloomberg Philanthropies” to focus its resources on five areas: the environment, public health, the arts, government innovation and education.

In 2015, he gave away USD 510 million to charity, which totals up his lifetime donation to USD 4.22 billion so far. Bloomberg was the third-largest philanthropic donor in America in 2015.

For his generosity and dedication to charity to improve lives, Michael Bloomberg has received numerous honorary degrees and awards, among those was an honorary Knight Commander of the Order of the British Empire for his "prodigious entrepreneurial and philanthropic endeavors, and the many ways in which they have benefited the United Kingdom and the U.K.-U.S. special relationship" bestowed upon him by Queen Elizabeth II on October 6, 2014.